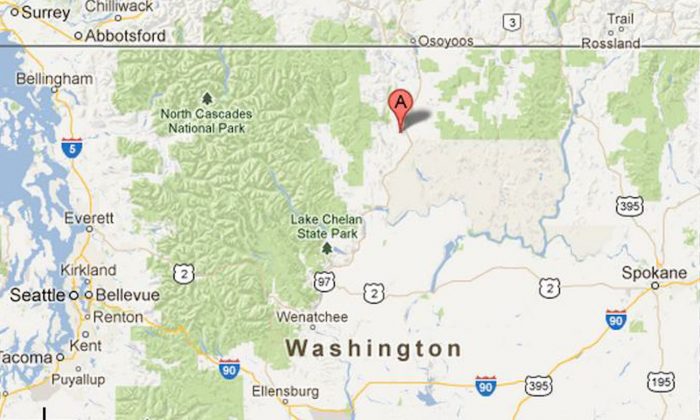 Okanogan River in Washington (A), which the National Weather Service says is at risk of flooding due to snow melt. The Stehekin River, also at risk for flooding, is located in North Cascades National Park just east of the Okanogan River. (Screenshot/Google Maps)
US

The warm weather forecast for the next few days, carrying through at least until Saturday, will produce “considerable runoff,” states the NWS report.

The rivers will be so cold from the runoff that any contact with the water could be dangerous, even life threatening. High water levels can also push large debris into the water, creating boating hazards.

The NWS is advising people not to drive in flooded areas.