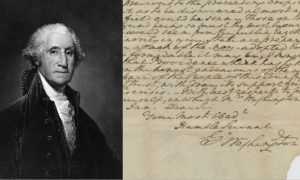 George Washington Letter on God and the Constitution Revealed
0 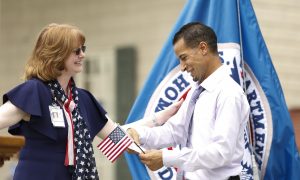 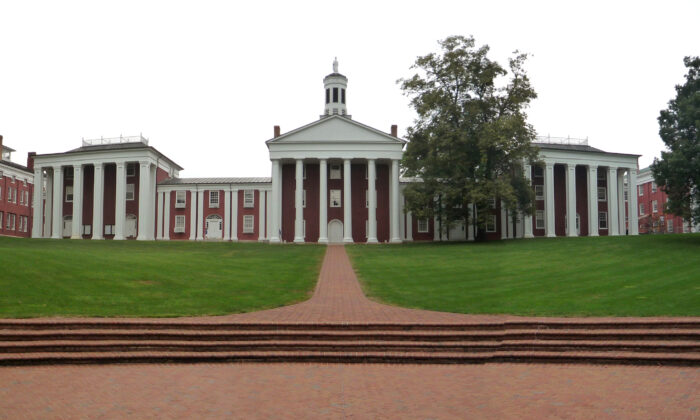 A group of students at Washington and Lee University are demanding that images of the two historical figures after which the school was named—U.S. President George Washington and Confederate Gen. Robert E. Lee—be removed from the academic diplomas awarded to students upon graduation.

The petition calls on the campus administration “to provide students with the option of removing the portraits of namesakes Robert E. Lee and George Washington from their diplomas.” At press time, the petition appeared to bear more than 200 signatures. Total enrollment at the Lexington, Virginia, school as of 2017 was close to 2,200.

“Given the aftermath of the 2017 Unite the Right Rally in Charlottesville and the heightened awareness of making Washington & Lee an inclusive and compassionate environment to all students, we believe this request provides alumni the ability to honor their alma mater without the presence of the portraits that some may find controversial or offensive.”

Critics have suggested that if the namesakes of the school were important to the students, perhaps they should have opted to go to school somewhere else. A group of concerned alumni has come out against the petition’s demands.

“The petition is a symptom of strong undercurrents within the University to dismantle the traditions, values, and history of Washington and Lee,” a group of alumni calling itself The Generals Redoubt said in a statement published by The College Fix.

“The removal of the likeness of George Washington and Robert E. Lee, which adorns the offices and homes of many of our alumni is a severe affront to the generous and loyal alumni who respect the character and values of our namesakes,” the group states.

The 2017 rally referenced in the petition was called in part to protest the planned removal of a statute of Lee. Over the course of the rally, a counter-protester was run over by an automobile and killed; the perpetrator was tried and sentenced to life in prison in December 2018. Radical Antifa activists also showed up in 2017, provoking and committing acts of violence.

The nationwide political fallout from the rally hit President Donald Trump, whom the media falsely accused of praising white supremacists who attended the event.

Founded in 1749 as Augusta Academy, Washington and Lee is now named for the first president of the United States, George Washington, whose gift of $20,000 in 1796 helped the struggling school survive, and the commander of the Confederate States Army, Robert E. Lee, who “provided innovative educational leadership during his transformational tenure as president of [what was at the time called] Washington College from 1865 to 1870,” according to the school’s website.

Efforts to erase the state’s past have been underway for decades, but have yielded little fruit until recently.

On Jan. 1 of this year, Alexandria, Virginia, changed the name of Jefferson Davis Highway, named after the president of the ill-fated Confederate States of America, to Richmond Highway.

Virginia Gov. Ralph Northam, a Democrat, removed Davis’s name from an archway at Fort Monroe in Hampton, The Washington Post reported in August. Northam’s push to cleanse Virginia of historical artifacts came after his school yearbook from Eastern Virginia Medical School surfaced early this year showing a photograph of two individuals on his page, one in blackface and another in white Ku Klux Klan attire. Northam initially admitted he appeared in the photo, while not indicating which image was his.