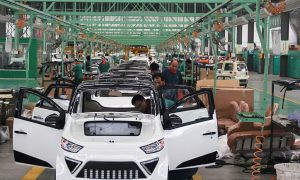 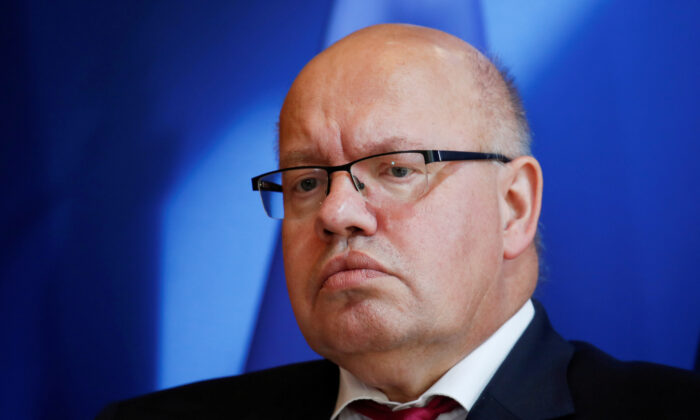 BERLIN—Germany set out plans on Nov. 29 to create a government committee to step in quickly to protect companies against foreign takeovers, a sign of concern about China and others acquiring its technology.

The finalized industrial strategy outlined by Economy Minister Peter Altmaier is also intended to prevent the erosion of Germany’s manufacturing base, on which much of its wealth is built.

The new standing committee would, as a last resort, have powers to take stakes in German companies that produce sensitive or security relevant technologies.

The government stakes, which would be acquired by state development bank KfW, would be held temporarily. This can already be done in some cases under German law, but Altmaier said the process was too slow.

“Structures have to be created to take the necessary decisions faster and more efficiently than has been the case thus far,” he said in his “Industry Strategy 2030” document.

Altmaier told a news conference the standing committee would work with KfW but there would be no new state funding vehicle to take government stakes in companies.

He met resistance from business lobby groups when he presented his initial ideas in February.

“I do not want to expand the state sector,” Altmaier said on Friday.

The strategy document did not say which companies should be protected. In February, Altmaier singled out marquee companies Thyssenkrupp, Siemens and Deutsche Bank.

Lull in the Economy

The drive to protect and promote Germany’s industry coincides with a lull in the economy, Europe’s largest, which is losing momentum following a decade of robust expansion.

There are also growing protectionist trends worldwide, with Washington and Beijing embroiled in a tariff dispute, and uncertainty surrounding future trade relations between Britain and the euro zone.

Under Altmaier’s plans, Germany also aims to step up screening of non-European investors that want to buy into firms in important sectors, a move widely seen as targeting Chinese state-backed investors.

The European Union is reconsidering its industrial strategy and relations with China in the face of increased investment in critical sectors by Chinese state-owned enterprises.

Beijing is pushing the domestic development of technologies including electric cars and has been buying know-how abroad through acquisitions, including of German robotics maker Kuka.

German officials see the takeover of Kuka in 2016 as a wake-up call that underlined the need to shield strategic parts of the economy, and KfW stepped in when China’s State Grid attempted in 2018 to buy a stake in power grid operator 50Hertz.

By Christian Kraemer and Paul Carrel