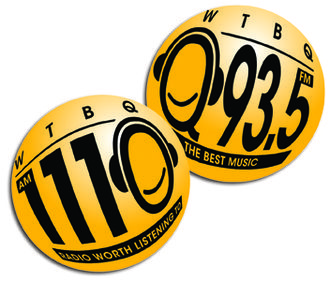 All incumbents to serve another term
By Yvonne Marcotte

Voters in Warwick’s school district filled four school board vacancies with incumbents on May 17. “School District residents re-elected current Board members Denise Ginley, Keith Parsons, and Eilleen Gagliano to additional 3-year terms,” according to the Warwick Board of Education website. Longtime board member Robert Howe will fill the other open seat for a one-year term vacated by Shannon Hockswender.

The candidates addressed residents’ concerns on May 11 to keep taxes low and the quality of the school district’s curriculum high at a forum hosted by community-based radio station WTBQ. Parsons, Howe, Ginley, and Jennifer Echevarria told district residents why they wanted the job.

Parsons said his strength was in numbers and finance and public relations. He wants to be an advocate for a return on investment on taxpayer dollars. He wants to continue what he helped achieve in his first term with zero tax increase and continued improvement in the curriculum.

Denise Ginley, with a background in human resources, will focus on student skill sets and how to do more with continued pressure on budgets. She approaches problems with balance and supports the board’s zero percent tax increase while delivering diversified high school curriculum.

She wants a curriculum that teaches “transformative skills” so students can express themselves, think critically, and problem solve. At board meetings, she advocates listening and respect.

Bob Howe supports the goal of zero waste on school campuses by 2020. He supports the solar array for energy use. Howe sees his role and advising the board of what worked or did not work in the past and continually keeping a lid on taxes. Howe supports long-range planning which had no model until recently. In board discussions, he urged respect for all opinions expressed. He supported the fair funding initiative.

Although not elected Jennifer Echevarria said at the radio forum she wanted to make a contribution to the community. A municipal attorney, Echevarria strongly supported environmental sustainability.

Five candidates ran for four three-year seats, the fourth to complete a term. All incumbents were voted in for another term.

School Superintendent Dr. David Leach noted on the broadcast that the position is unpaid but requires more than the twice-monthly meetings. He expressed the hope that the new board can continue to keep Warwick schools the best in the county with a high quality curriculum and no increase in taxes.

Members of the Warwick Valley Central School District Board of Education serve three-year terms with a one-year term for a student member. Board members represent the entire community, act as stewards of the district’s resources, leads the districts and advocates for the education of the district’s young people. “To represent well, to fulfill public trust, to lead,” is the motto stated on the board’s website.