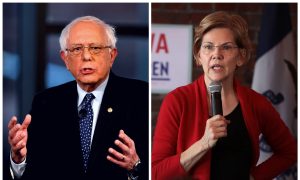 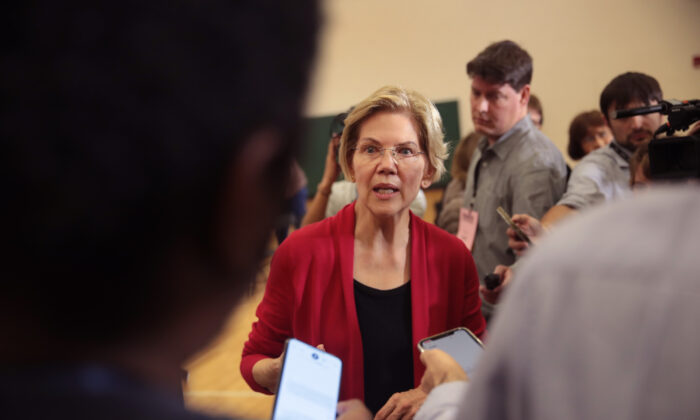 Sen. Elizabeth Warren (D-Mass.) is facing fresh criticism over her recently unveiled Medicare for All plan after claiming that only billionaires will pay increased taxes even though multiple new taxes in the plan itself appear to include those with less money.

Warren’s $52 trillion plan includes some $20 trillion in new taxes, including a harsh wealth tax, taxes on some business owners, and a new tax on financial transactions.

Despite the wide variety of new taxes, Warren claimed while campaigning in Iowa over the weekend that her plan includes no increased taxes on those who aren’t billionaires.

“It doesn’t raise taxes on anybody but billionaires,” Warren said. “And you know what, the billionaires can afford it, and I don’t call them middle class.”

Asked again about the issue, she said no one under $1 billion net worth would see a tax hike.

“That’s right. Not paying a penny more,” she said. “Understand this. This is no increase in taxes for anyone except billionaires. Period. Done.”

Criticism of Warren’s socialist plan has come from a number of quarters, including from within the Democratic Party. Fellow 2020 contender Joe Biden, the former Vice President, is among them.

His campaign said in a statement that Warren’s claim was “simply not true.”

“Her plan would create a new tax on employers of almost $9 trillion that would come out of workers’ pockets, a new financial transaction tax that would impact investments held by middle-class Americans, and a new capital gains tax that would affect far more people than she stated tonight,” Kate Bedingfield, a Biden spokeswoman, said in a statement.

Warren’s proposed new financial transactions tax isn’t restricted by the wealth of those conducting the transactions and her plan to tax the wealthy appeared to be acknowledged in the plan as including people with less than $1 billion.

“The tax burden on ultra-millionaires and billionaires is less than half that of working families in the United States,” the plan states, then referring to Warren’s “Ultra-Millionaire Tax”, or a 2-cent tax on the anything about $50 million.

The plan also introduced a proposed new tax on investment income for “the top 1 percent,” which includes people with less than $1 billion.

“Ultra-millionaires and billionaires won’t be able to earn income on giant fortunes year after year without paying a penny in taxes,” Warren wrote.

Even Sen. Bernie Sanders (I-Vt.), who created a bill pushing for Medicare for All, and is seen as having similar views as Warren, has criticized Warren’s plan.

Sanders, who has declined to release a plan for how to pay for his version of the government takeover of the healthcare industry, told ABC that Warren’s plan would “have a very negative impact on creating jobs,” noting it includes $9 trillion in new taxes on businesses.

“I think that that would probably have a very negative impact on creating those jobs, or providing wages, increased wages and benefits for those workers,” Sanders said. “So I think we have a better way, which is a 7.5 percent payroll tax, which is far more I think progressive, because it’ll not impact employers of low wage workers but hit significantly employers of upper-income people.”

Warren dismissed differences with Sanders while campaigning on Sunday.

“I put out how I’m going to pay for Medicare for All. Bernie may have a different vision for how to pay for it, but let’s be really clear: Bernie and I are headed in exactly the same direction,” she said. “Bernie and I, we’re out there for strengthening America’s middle class. I love it.”