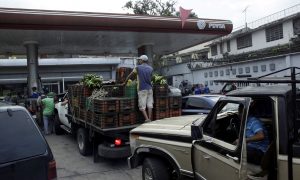 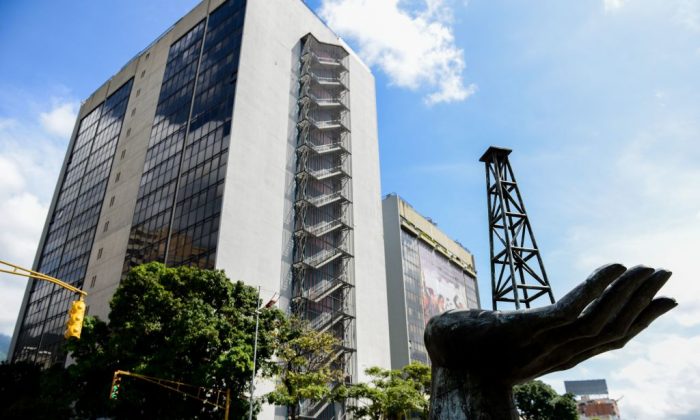 Want to Sue Venezuela for Millions? These Firms Can Help, for a Price

Since 2012, the New York firm has invested $76 million in Canadian mining firm Crystallex International Corp, largely to fund a lawsuit being waged against Venezuela for expropriating a gold mine.

Now, Tenor stands to claim around $800 million of a $1.4 billion international arbitration award that Crystallex has been trying to collect since 2016.

The case is part of wave of lawsuits bankrolled by firms specializing in so-called litigation finance, providing funding to plaintiffs in return for a slice of any financial winnings.

While the practice dates back centuries, the business has boomed over the past decade, fueled by favorable court rulings and investors seeking juicy returns not correlated to stock markets. Between 2012 and 2016, the money committed to cases grew 40 percent a year, and is expected to top $2 billion annually by 2021, according to litigation financing firm Vannin Capital.

These companies have backed a slew of big-dollar corporate lawsuits, including investor litigation in Volkswagen’s emissions scandal and a $213 million unjust enrichment case against U.S. billionaire Ira Rennert.

But foreign governments are emerging as popular targets as well, putting taxpayers at risk for ever-larger claims. In addition to Tenor, firms working this niche include London Stock Exchange-listed Burford Capital, IMF Bentham Ltd. of Australia and Therium Group Holdings Ltd. of the UK.

Litigation finance companies typically seek returns of three to 10 times their initial investment, industry players said. Now a market is developing for these firms to begin cashing out before a suit concludes by selling portions of their portfolios, or even slices of individual cases, to other investors.

Burford, for example, scored a 736 percent return by selling for $107 million its entitlement in a case against Argentina over two expropriated airlines. Burford said it invested $12.8 million in the litigation.

Critics fear this financing will embolden companies to bring weaker cases, and that developing countries will be more likely to be sued for adopting regulations to protect public health or the environment.

Money from funders also discourages companies from sticking with long-term commitments in foreign markets, according to Lise Johnson, the head of the Columbia Center on Sustainable Investment at Columbia University in New York.

“With third-party funding there is an incentive to sell a claim, extract cash and leave,” she said.

“It’s an easy story to tell that these are rapacious hedge funds trying to bring a struggling country to its knees,” said Zachary Krug, senior investment officer with funding firm Woodsford Litigation Funding in London. “That’s not what we do.”

Eric Blinderman, who heads the North American business of funding firm Therium, said funders guard against weak cases by providing a neutral opinion on the strength of claims. He said his firm backs less than 5 percent of the cases brought to it, and requires a 70 percent chance of success.

Otherwise, he said, “we’d lose a lot of cases we funded and Therium would be out of business shortly.”

The Crystallex case started in 2011, when Caracas expropriated the company’s mining project at Las Cristinas, one of the world’s largest gold deposits located in southeastern Venezuela.

Crystallex sought compensation through what is known as investor-state dispute settlement or ISDS, by bringing an arbitration case registered with the World Bank. Effectively bankrupted by the loss of its Venezuela project, Crystallex turned to Tenor.

Court records show Tenor eventually provided $76 million to fund the litigation. In return, Crystallex agreed to give Tenor at least 70 percent of any payments it could collect from Venezuela, once Crystallex paid off Tenor’s loan and other creditors, the documents show. In 2016, the World Bank’s International Centre for Settlement of Investment Disputes, or ICSID, entered an award that has grown to $1.4 billion with interest.

Crystallex said in November it had already received $500 million. Just weeks later the company accused Venezuela of breaching the agreement. It is not clear whether it will receive a full payout.

Venezuela’s Information Ministry did not respond to a request for comment.

Companies increasingly are taking on foreign governments in the ICSID and other tribunals, including the International Chamber of Commerce and the United Nations.

In the 2000s, there were typically around 40 cases per year, but since 2013 the number has jumped to an average of 69 cases annually, according to a United Nations report. The UN noted that figure could be even higher as some cases remain entirely confidential.

Funding arrangements generally are not disclosed. The World Bank has proposed changing that, in part to shed light on potential conflicts of interest between arbitrators and funders. For now, it is unclear how many companies are funding such cases using litigation financing, also known third-party funding, but industry executives and lawyers say the practice is common.

“In some respects, every claimant in ISDS cases has considered the use of funding,” said Krug of Woodsford Litigation Funding.

Tenor, for example, is financing two other arbitration cases for Canadian companies with allegedly expropriated mining projects: a $4.4 billion claim by Gabriel Resources Ltd. against Romania, and a $764 million claim by Eco Oro Minerals Corp. against Colombia, according to company records. The firm also invested in a case against Uruguay over the demise of that nation’s former flagship airline, Pluna.

While payouts are potentially eye-popping, the risks are considerable, industry veterans say.

Three of every 10 cases is a complete loss, said Mick Smith, the co-founder of London-based litigation financing firm Calunius Capital, speaking at an industry conference in Europe last year.

Even successful cases can tie up capital for years.

A Calunius client, Rusoro Mining Ltd. of Canada, settled with Venezuela in October on a $1.3 billion arbitration award, six years after Calunius first extended the money, according to a statement from Rusoro. Venezuela’s final payment on the settlement is not due for five years, Rusoro said.

Some clients, too, have been left disgruntled by financing terms that leave them with pennies on the dollar from big settlements.

A Canadian judge rejected their argument last year. He said there would have been no payout at all if not for Tenor’s cash.