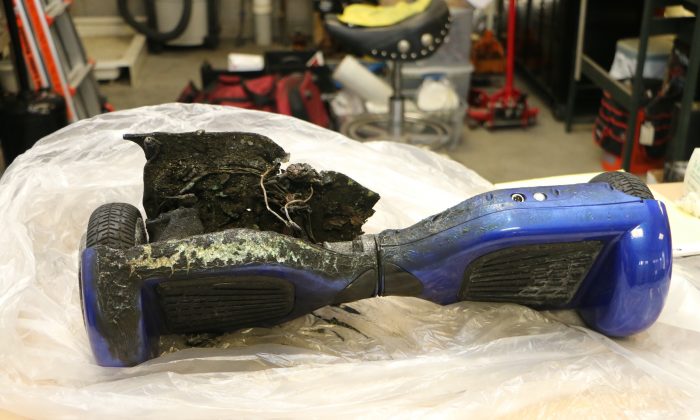 The move comes just months after the retailer started selling the product, described as self-balancing electric scooters, on its website.

First introduced by a Chinese company in 2013, there have been persistent concerns about the safety of the products, which generally sell for around $300.

According to the U.S. Consumer Product Safety Commission none of the hoverboards being sold in the United States has a safety certification.

The main concern with the gadget is that its lithium-ion batteries pose a fire hazard.

According to the commission there have been at least 52 incidents in 24 states involving hoverboards that self-ignited.

In one incident earlier this month a $1 million home in Nashville was completely destroyed by a fire, with two teens barely escaping.

Walmart joins other retailers, such as Amazon, who had already banned the devices. The retailer expects to not sell the hoverboards until manufacturers observe federal safety standards.