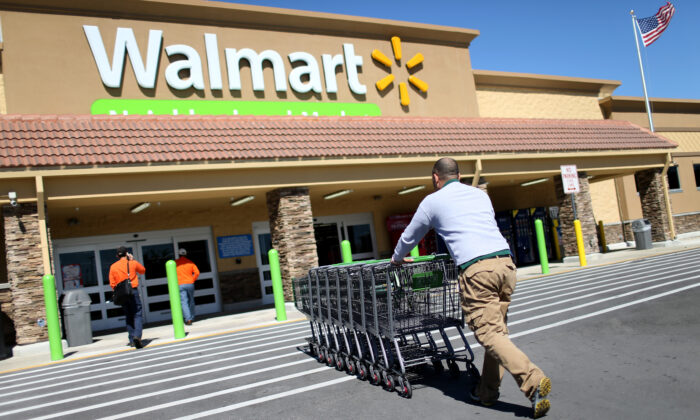 Retail giant Walmart announced corporate layoffs this week, suggesting that the labor market could be slowing down as fears of a recession mount.

“We’re updating our structure and evolving select roles to provide clarity and better position the company for a strong future,” a company spokesperson told FOX Business in a statement.

The retailer noted, however, that it is still investing in and adding jobs in key areas, including advertising, technology, and its supply chain.

“At the same time, we’re further investing in key areas like eCommerce, technology, health and wellness, supply chain, and advertising sales, and creating new roles to support our growing number of services for our customers, suppliers, and the business community,” the spokesperson said.

It is not known exactly how many Walmart employees will be affected by the layoffs, but CNN reports that the company is letting go of 200 corporate employees. Walmart employs about 1.6 million people in the United States.

The layoffs come shortly after the company trimmed its quarterly and full-year profit outlook, citing a change in consumer behavior that has led customers to cut back on other items, such as clothing and electronics.

A change in the ways consumers shop is being driven by rising food and gas prices, as inflation surged to 9.1 percent in June, the company said.

Walmart said it now anticipates adjusted earnings per share for the second quarter and full year to decline around 8–9 percent and 11–13 percent, respectively. Previously, the retailer had predicted a 1 percent fall it had previously forecast for the full year.

“Food inflation is double digits and higher than at the end of the first quarter. This is affecting customers’ ability to spend on general merchandise categories and requiring more markdowns to move through the inventory, particularly apparel,” Walmart said.

Earlier this week, Walmart also announced a new program—”discover refurbished products at everyday low prices”—aimed at helping customers so that they can cut costs “without sacrificing quality.”

Recent data from research firm IRI found that an increasing number of American consumers are turning to cheaper store brands at supermarkets, as costs for groceries continue to soar, particularly among major food brands.

Walmart’s announcement comes as the number of job openings has steadily declined since March, according to the monthly Job Openings and Labor Turnover Survey data from the Bureau of Labor Statistics, signaling a slowdown in the labor market.

The number of job openings fell by 605,000, from more than 11.3 million in May to 10.7 million in June, according to the data, missing out on economists’ estimates of 11 million. Meanwhile, the rate of job openings dropped, to 6.6 percent from 6.9 percent. Those figures represent the largest decline since April 2020.

A string of companies have announced layoffs or a pause in new hires in recent months, including Shopify, Vimeo, Ford, Netflix, and Tesla, to name a few, as the outlook for the U.S. economy remains bleak.