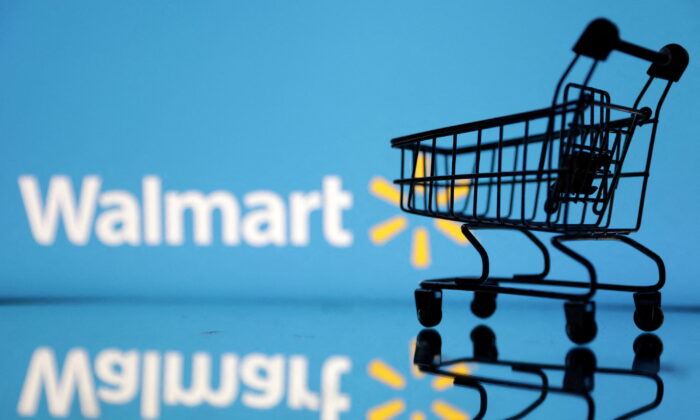 Shopping trolley in front of Walmart logo in a photo illustration on July 24, 2022. (Dado Ruvic/Reuters)
Companies

Walmart Inc. will raise $5 billion in bond offerings, joining a host of big retailers and restaurant chains to tap the debt market ahead of the U.S. Federal Reserve’s next potential rate move.

A company filing showed on Wednesday that its bonds will be due between 2025 and 2052 and have a coupon rate of between 3.9 percent and 4.5 percent.

The Federal Open Market Committee Meeting is scheduled for September 20–21, where the Fed is expected to decide on whether to go for another 75bp rate increase.

IFR reported on Tuesday that at least 19 investment-grade bond deals were expected to price, as issuers and investors get ready for what is expected to be a busy post-Labor Day session.

By Uday Sampath and Mehr Bedi