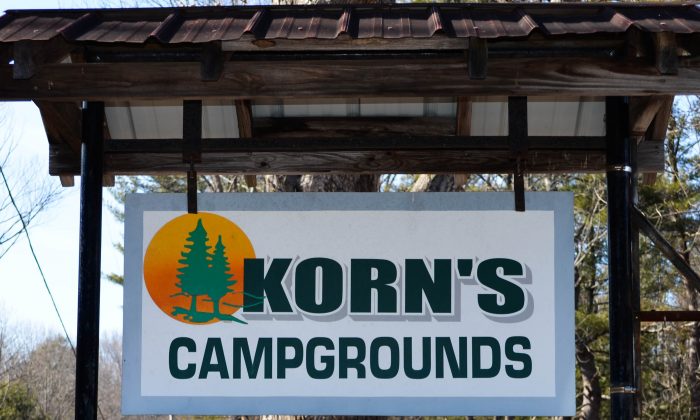 Wallkill Sees Waterpark and Campground in Its Future

Indoor waterpark on the cusp of a deal; campground being prepared for public use
By Yvonne Marcotte
biggersmaller
Print

WALLKILL—The Town of Wallkill is supporting two major recreational projects that will offer fun for all ages—an indoor waterpark to be built by a local developer and the former Korns Campground, which is now owned by the town.

One has come to Wallkill twice and is now working to put a deal together with Montgomery developer Mark Devitt. The Times Herald Record reported that Devitt Management purchased a 43-acre parcel on East Main Street near Dunning Road and presented a waterpark facility to the planning board as part of the development.

A waterpark amenity can draw tourists, Depew said. A hotel with a waterpark would not affect business of other hotels “but would be an amenity that would be offered to people traveling and also families coming through the region.”

A La Quinta is planned on the grounds of the former Howard Johnson. Another developer is building a Home2 Suites by Hilton on the old town hall property. “The hotel industry in the town of Wallkill is very successful,” Depew said, with an average occupancy of 80 percent.

Depew said an indoor waterpark can be enjoyed, not only by tourists, but all year long by local residents. Some families can afford to take a vacation in Florida. For those who can’t, “by the time February rolls around, things are pretty dismal,” he said.

On family night out, dad, mom, and the children could spend it at the waterpark “to get a little reprieve from the winter,” Depew said. “That would just lift the entire spirit of this entire area. How do you put a value on that?”

Waterparks have been in the Dells for 35 years and have a reputation for being well-managed operations. The six most popular waterparks in the Dells are Noah’s Ark, Mt. Olympus Water Park & Theme Park run by the Laskaris family, Kalahari Resort Waterpark—the largest in the state, Wilderness Waterpark, Riverview Park and Waterworld, and Great Wolf Lodge Waterpark.

Depew said he welcomes the waterpark. “If someone wants to come here, we want them to know we will be the most friendly town in New York state for an indoor waterpark. We are putting our shoulder behind supporting this industry.”

The supervisor envisioned another recreational opportunity when the Korns Campground came up for sale. When her husband passed away in 2015, Joyce Korn decided to sell the campground they had operated since 1972.

We felt that it was in our strategic interests to bind that property for the public for future generations.
— Dan Depew, supervisor , Town of Wallkill

Depew decided it was a good acquisition for Wallkill. “We felt that it was in our strategic interests to bind that property for the public for future generations.” The town purchased the 73-acre parcel on the Shawangunk Kill trout stream for $680,000.

There were three reasons for buying the property, according to Depew: preserve it, allow camping to continue without costing taxpayers, and provide oversight to the privately managed property.

Depew said some questioned the buy. “Some people might say, ‘Do we really need a park of that size in that part of town?’ The answer is probably not today, but 25 years from now, when we do need a park like that on that side of town, land is going to be three times of what it is today, and it might not be available.”

The purchase will give users access to more public land. It’s contiguous to the 135-acre Moonbeams Preserve, a property in the Orange County land trust. Most of the campground’s 95 sites have water and electric service. The formerly family-owned campground has an outdoor pool, a recreation hall with arcade games and horseshoe pits, and a camp store.

According to the campground’s website, the campground has large park and field areas, basketball and volleyball courts, as well as bathrooms and showers.

The town is now vetting four management firms and expects responses by March 2. To ready the campground for the camping season, the town is painting buildings. The town will issue 25 fishing passes and 25 hiking passes a day to the Moonbeams property Depew said.

The town will monitor speeding on campground roads. “If someone violates the speeds, they won’t be able to camp there.”

As an added bonus, Sen. John Bonacic secured a $75,000 state grant for a playground on a more secluded section of the campground. “This would be a nice quiet park where you could bring your child,” Depew said.

“The goal is to make it an all-inclusive, very nice facility. The town is going to have a lot of involvement in working with the management to make sure that the goals that we set out are met.”

Wallkill has set some lofty goals, Depew said. “Our attitude is: you can’t get what you don’t ask for.”