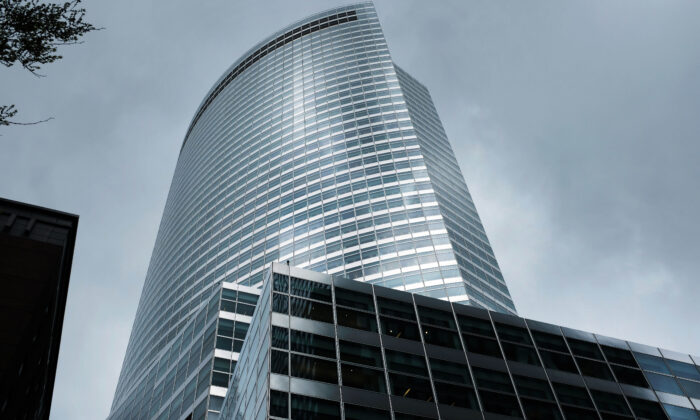 In late January, Goldman Sachs made waves in the financial sector when it announced that companies seeking its help to get listed on stock exchanges had to have at least one “diverse” board member.

The mandate will begin on July 1 for U.S. and European companies; the following year, the requirement will increase to two board members.

In the wake of the #MeToo movement, corporate America is trying to enhance its public image. That’s understandable, but two wrongs don’t make a right. Quotas are counterproductive—little more than feel-good mandates that come at the expense of merit and profit.

“We might miss some business,” Goldman Sachs CEO David Solomon explained, “but in the long run, this, I think, is the best advice for companies that want to drive premium returns for their shareholders over time.”

As the largest underwriter of U.S. companies going public, Goldman Sachs’s decision is a big deal in the initial public offering (IPO) world. Nevertheless, it’s just the latest in deep-pocketed incumbents tripping over each other to show who’s the “wokest” and most moral relative to smaller players. BlackRock Inc. and State Street Global Advisors, for example, vote against directors at any companies whose boards don’t include a female member.

Bankers aren’t the only ones pushing for more diverse corporate boards. The state of California now requires at least one woman on the board of directors for every publicly listed corporation based in the state—under penalty of a fine of up to $100,000.

California’s mandate follows in the footsteps of a Norwegian 2008 law that requires publicly listed corporations to reserve 40 percent of board seats for women. The European Commission has also pushed a similar quota.

Goldman Sachs’s diversity mandate shouldn’t be a surprise to anyone who has been paying attention to the financial sector. More and more corporations are trying to become “woke” as the social-justice-minded Generation Z makes up an ever-larger portion of the consumer base. So-called environmental, social, and governance (ESG) investment is booming.

In 2018, the Economist examined the Norwegian law, which penalized noncompliance with the forcible dissolution of the company. This has inspired similar laws all over Europe, although with less draconian penalties. European companies have rushed to comply, and in some countries, female membership on corporate boards has increased four- or fivefold, according to data from the European Institute for Gender Equality.

However, the broader results of the laws have been underwhelming, to say the least. For example, Norway found some companies decided to go private rather than comply with the new law. In France, corporations gamed quotas by reducing the number of directors.

In addition, the mandates generally haven’t delivered on their promises of superior performance. While proponents of gender quotas have argued more women on boards would increase the bottom line, the reality is that companies have had mixed results, with no positive correlation between profitability and gender quotas. A recent 2019 study on the Norwegian quotas found “a negative effect of mandated female representation on firm performance,” reducing profitability by 12 percent.

To rub salt into the wound, affirmative action generally hasn’t helped employees down the ladder. A 2015 study by law professor Darren Rosenblum of Pace University found having more women on boards in France didn’t change the substance of corporate decisions such as layoffs. Rosenblum also found the views of female board members followed no distinct or favorable pattern.

Except for the sliver at the top, known in the literature as the “golden skirts,” quotas haven’t helped female employees. In Norway, having more women on corporate boards didn’t encourage women to climb the ladder, and it didn’t shrink the gender pay gap for most employees. In Italy, while female board members increased fourfold since the 2011 quotas, researchers found no spillover effects on the representation of women among the listed companies’ top wage earners.

Finally, even with these mandates, the rate of female management in the largest firms in most European countries remained comparable to that of the United States. Notwithstanding California, the United States hasn’t had legally mandated gender quotas in private business.

Being open to women on corporate boards, on a meritocratic basis, is noble. However, the results from Europe show mandates don’t help profitability nor improve the working conditions of female employees. By their own objectives, gender quotas have proved unsuccessful.

Despite the fact that gender quotas haven’t produced tangible differences in decision-making, the pressure for companies to hire more women directors is on the rise. Even if futile and counterproductive, “woke” capitalism appears to be marching on, driven by identity politics.

Goldman Sachs’s stance is ultimately meaningless. First, there’s nothing to stop companies going public with the minimum number of female directors and then dismissing them once they’re listed. Second, Goldman Sachs is hardly the only IPO underwriter on Wall Street.

How many corporations will jump on the affirmative-action bandwagon remains to be seen. If such mandates benefited profits or efficiency, they would stand on their own merits. Since the evidence from Europe points to the contrary, their popularity rests on intimidation and coercion rather than logic. All else held equal, investors want to grow their fortunes, and gender quotas don’t help.

Many of those pushing “woke” diversity mandates forget that the financial world still has competitive markets—a far cry from the social-justice media and academic circles that advocates are immersed in. Such mandates could easily backfire with more conservative investors and see them pull their money away from these companies and invest elsewhere. Indeed, economists have identified an “affirmative-action penalty,” whereby the stock market reacts negatively to board-diversity announcements.

As for companies, they still have many other options to underwrite their IPOs—or they can simply choose to stay private, making public launches even rarer. Startups are seeing the benefits of generous private capital markets and of not being subject to busybody regulators. Not without irony, small investors lose out because they tend to lack access to these private-equity deals.

Without a clear profit or efficiency motive, Goldman Sachs’s push for more gender “diversity” is little more than a well-timed public-relations campaign. “Woke” capitalism may be gaining ground inside Wall Street, but it can’t escape the laws of economics. This fad would best fall as quickly as it rose.