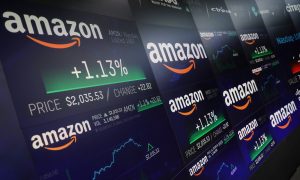 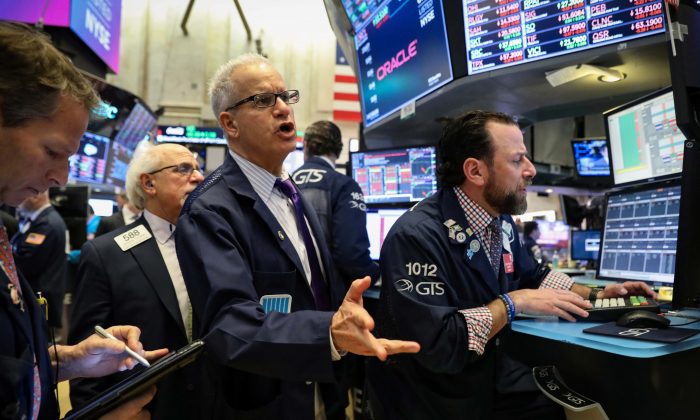 NEW YORK—Wall Street stocks sold off sharply on March 22, with all three major U.S. stock indexes posting their biggest one-day percentage declines since Jan. 3, as weak factory data from the United States and Europe led to an inversion of U.S. Treasury yields, fueling fears of a global economic downturn.

Capping five tumultuous days of trading, the S&P 500, the Dow and the Nasdaq were all down for the week.

A weaker-than-expected reading of U.S. factory activity in March, along with similarly dour reports from Europe and Japan, helped send U.S. Treasury yields into an inversion, with the spread between yields of three-month Treasury bills exceeding those of 10-year notes for the first time since 2007.

An indication of near-term risk, and seen by many as a potential harbinger of recession, the inverted Treasury yield curve seemed to confirm investor fears of a global slowdown in economic growth.

“To some extent, what’s going on with the yield curve has been exaggerated,” said Bernard Baumohl, managing director, and chief global economist at the Economic Outlook Group in Princeton. “I would not leap to the conclusion that a recession is imminent.”

But Baumohl warned against complacency.

“There are real clouds that are forming on the horizon. The question is how dark are those clouds going to be and will they trigger a recessionary storm.”

Earlier in last week, the U.S. Federal Reserve concluded its two-day monetary policy meeting with a statement that forecasts no additional interest rate hikes in 2019 on signs of economic softness, a dovish shift that took the markets by surprise.

Of the 11 major sectors in the S&P 500, all but utilities ended the session in the red.

The CBOE Volatility Index, a gauge of investor anxiety, jumped the most in two months.

Luxury retailer Tiffany Inc. said it expected earnings growth to resume in the second half of the year and affirmed its fiscal 2019 targets, sending its shares up 3.1 percent.

Electric automaker Tesla Inc. slid 3.5 percent following a research note from Cowen that saw soft U.S. demand for the Model 3 until the release of the company’s lower-priced model in the second quarter.

Netflix Inc. dropped 4.5 percent on the eve of Apple Inc’s launch of a rival streaming service on March 25.

Declining issues outnumbered advancing ones on the NYSE by a 3.69-to-1 ratio; on Nasdaq, a 4.90-to-1 ratio favored decliners.

Volume on U.S. exchanges was 8.66 billion shares, compared to the 7.71 billion average over the last 20 trading days.