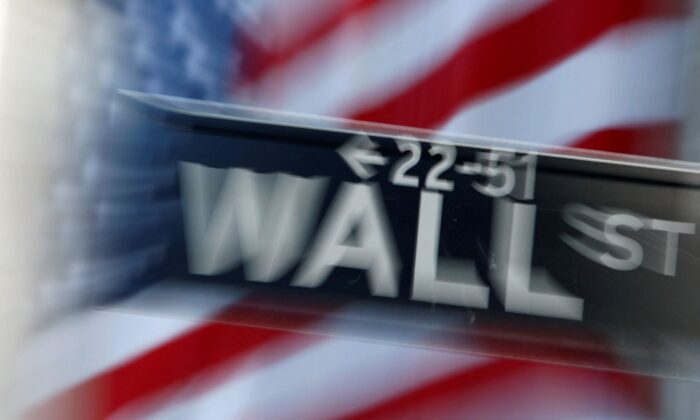 U.S. stocks fell on Wednesday led by megacap stocks, as optimism around the Ukraine-Russia peace talks faded and concerns grew over the prospect of rapid rise in interest rates hurting economic growth.

The Kremlin said there was no sign of a breakthrough yet even though it welcomed Kyiv’s move to set out its demands in written form.

Markets had rallied in the previous session after Russia pledged to cut down military operations around Kyiv and in northern Ukraine. Contrary to the promise, Russian forces on Wednesday bombarded the outskirts of Kyiv.

Worries about the fallout of the nearly five-week long invasion and rising rates have put the Wall Street indexes on course for their worst quarter since the selloff during the peak of the pandemic in 2020.

Still, the indexes are set to end March higher, with the S&P 500 erasing more than half of its quarterly losses in the last few days, powered by upbeat economic data and gains in megacap stocks.

“The markets need to consolidate some of the gains, digest the potential inversion of the 2-10 spread and the possibility of a negotiated settlement,” said Thomas Hayes, chairman at Great Hill Capital in New York.

“You’ve got end-of-quarter rebalancing, which is having an impact.”

Investors have begun to doubt the sustainability of a rebound in equities against the backdrop of a hawkish Federal Reserve, warnings of recession from the bond market, and geopolitical uncertainty.

The widely tracked U.S. 2-year/10-year Treasury yield curve briefly inverted on Tuesday for the first time since September 2019, as bond investors bet that aggressive tightening by the Fed could hurt the U.S. economy over the longer term.

Oil major Exxon Mobil Corp. recovered about 1.3 percent as crude prices cut back some of this week’s heavy losses. The S&P 500 energy rose 0.8 percent and was set to post its best quarter in over three decades.

Lululemon Athletica Inc. jumped 7.4 percent after forecasting full-year profit and revenue above estimates as demand for athletic wear remains strong even as people return to offices.

Meanwhile, U.S. private employers maintained a strong pace of hiring in March, data showed, in a boost to the labor market. The numbers come ahead of the more comprehensive nonfarm payrolls report on Friday.

The S&P index recorded 35 new 52-week highs and no new lows, while the Nasdaq recorded 32 new highs and 17 new lows.