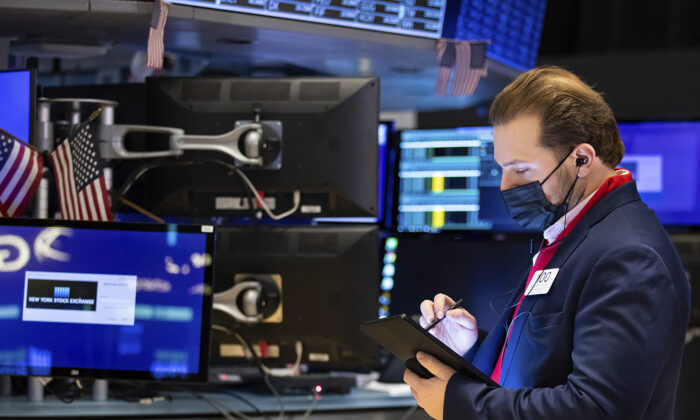 U.S. shares were set to extend gains for the fourth straight session on Wednesday after a turbulent start to the year, as Google-parent Alphabet and chipmaker Advanced Micro Devices’ shares surged following strong quarterly results.

The stock split should make it more appealing to retail investors, said Neil Wilson, chief market analyst for Markets.com, adding that Alphabet earnings will underpin a return in confidence in beaten down technology names.

“After all the tumult of January, solid earnings can be a catalyst for gains.”

Last month, the tech-heavy Nasdaq fell as much as 19 percent from its all-time high in November as investors dumped highly valued growth stocks on prospects of faster-than-expected rate hikes.

Traders are betting on five rate hikes this year after hawkish comments from the U.S. Federal Reserve in January.

“If we were to get a loss of jobs in the main report, that would be indicative of the fact the economy is slowing and that means lower growth,” said Peter Cardillo, chief market economist at Spartan Capital Securities in New York.

Other chipmakers including Nvidia Corp., Qualcomm Inc., and Micron Technology Inc. rose between 2.3 percent and 1.4 percent.

Of the 214 companies that have reported results so far during this earnings season, 77.1 percent of them have beaten analysts’ earnings estimates, compared with an average of 84 percent over the past four quarters, according to Refinitiv data.

The S&P index recorded 21 new 52-week highs and one new low, while the Nasdaq recorded 35 new highs and 46 new lows.