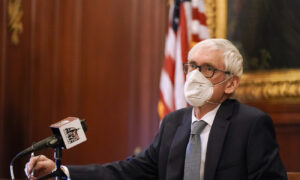 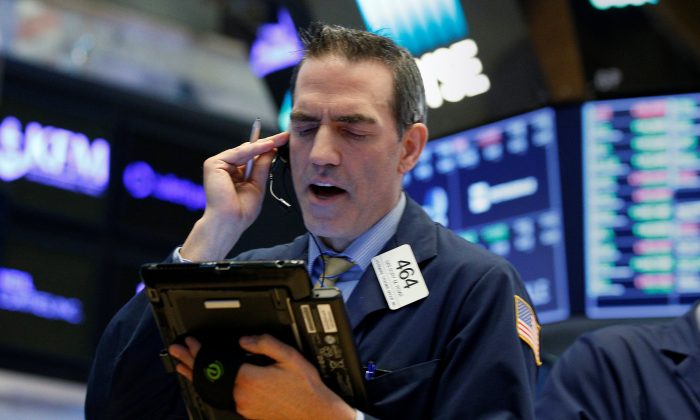 A trader works on the floor of the New York Stock Exchange in the Manhattan borough of New York City, New York on Apr. 17, 2018. (REUTERS/Brendan McDermid)
US News

NEW YORK—U.S. stocks rallied on Tuesday, helped by gains in the technology and consumer sectors, while Netflix and UnitedHealth earnings impressed investors and boosted optimism about the U.S. corporate reporting season.

Analysts expect profits of S&P 500 companies to rise 18.6 percent in the first quarter, the biggest increase in seven years, according to Thomson Reuters data.

“Earnings are threading a little bit ahead of Wall Street expectations,” said Jamie Cox, managing partner of Harris Financial Group in Richmond, Virginia. “We get into the teeth of technology next week. It’s been more volatile so you would expect that volatility to reverse as earnings come in.”

“Barring any unforeseen negative news, geopolitical, economic, political, perhaps we’ll end up today the way we ended up yesterday – which was at or near highs for popular averages,” said Ted Weisberg, a trader with Seaport Securities in New York.

The financial index <.SPSY> was the only one of the S&P’s major sectors in the red, down 0.3 percent as bank stocks fell.

Goldman Sachs <GS.N> was down 2 percent as investors reacted to a pause in share buybacks and rising expenses, as well as indications it might be open to an acquisition. Goldman’s profit, however, beat Wall Street’s expectations.

J&J <JNJ.N> fell 1.4 percent after the healthcare conglomerate raised its sales forecast for the year but kept its outlook for full-year profit unchanged.

Advancing issues outnumbered declining ones on the NYSE by a 2.29-to-1 ratio; on Nasdaq, a 2.06-to-1 ratio favored advancers.