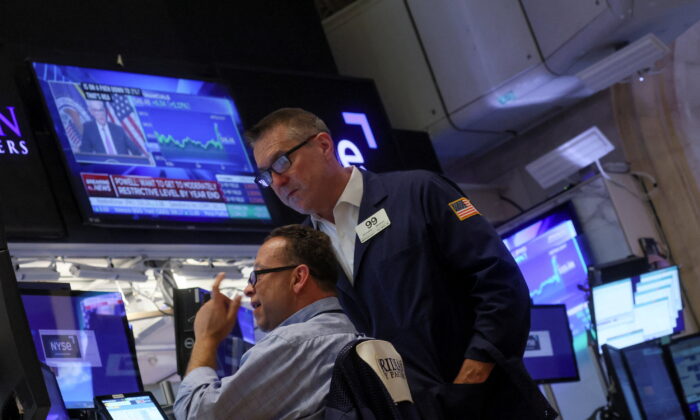 Traders react on the floor of the New York Stock Exchange (NYSE) as a screen shows Federal Reserve Board Chairman Jerome Powell during a news conference following a Fed rate announcement, in New York City on July 27, 2022. (Brendan McDermid/Reuters)
Stocks

Wall Street’s main indexes opened flat on Thursday after gloomy forecasts from Meta and Qualcomm and an early reading that showed the U.S. economy contracted again in the second quarter.