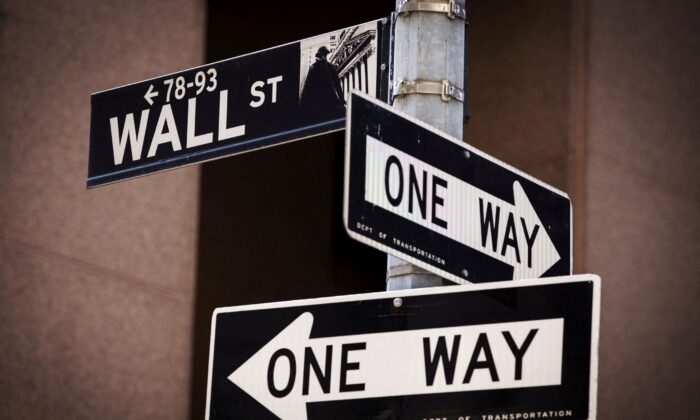 Wall Street’s main indexes were mixed on Friday as investors digested hot inflation data that caused a sharp selloff in the previous session on fears about quicker interest rate hikes.

Eight of the 11 major S&P 500 indexes advanced, with energy stocks rising 1.8 percent, helped by an uptick in crude prices after the International Energy Agency (IEA) said oil markets were tight.

Banks also rose 0.9 percent, but technology and consumer discretionary indexes, which include some high-growth names including Amazon and Microsoft, slipped.

The S&P 500 and the Dow fell more than 1 percent on Thursday, while the tech-heavy Nasdaq slumped 2 percent after data showed consumer prices surged 7.5 percent in January, marking the biggest annual increase in 40 years.

“We’ve got some element of calm coming into the market, that’s the digestion of the news,” said Seeema Shah, chief strategist at Principal Global Investors.

“The Fed doesn’t want to send an alarm signal, they want to look like they have a stable grip on the situation, and not send everyone running around.”

The inflation data and subsequent comments from Bullard drove investors to ramp up bets of rate hikes this year.

Traders are pricing in a big half-point rate hike in March with just a scant chance of a smaller quarter-point hike, and heavy bets for a policy path that would bring rates to a range of 1.75 percent-2.00 percent by the end of the year.

Meanwhile, a University of Michigan survey showed U.S. consumer sentiment fell to its lowest level in more than a decade in early February amid expectations that inflation would continue to rise in the near term.

The CBOE volatility index, Wall Street’s fear gauge, moved up for a second session, after hitting its lowest level since mid-January on Wednesday.

Despite the recent bout of volatility in markets, the three major indexes are on track for weekly gains, helped by strong earnings, reduction in COVID-19 cases, and lifting of mask mandates in some states.

Visa and Mastercard rose 0.7 percent and 0.6 percent respectively after UBS raised its price target on the stocks.

Under Armour Inc. slumped 9.5 percent after warning that its profit margin would be under pressure in the current quarter.