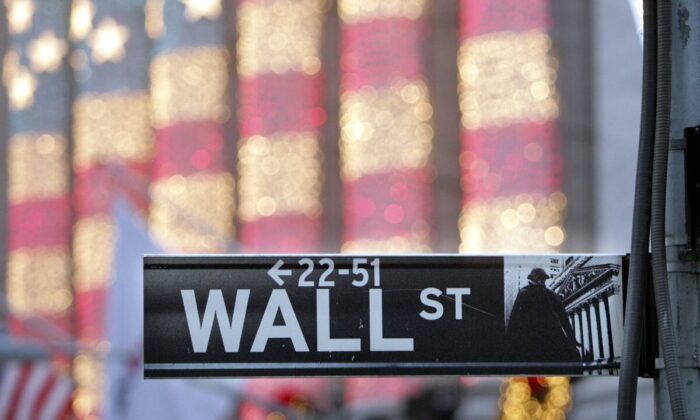 Investment giants of Wall Street, although with some uncertainty over China’s complex and unstable policies, are lining up to enter the Chinese market with full control over their companies.

The move comes as Chinese leader Xi Jinping uproots the status quo for local financial markets in an attempt to squeeze out a rival political faction and sever their ties with Wall Street.

Jamie Dimon, the chief executive officer of JPMorgan Chase and Co., told the media on Nov. 24 that his Wall Street bank wants to stay in China, despite making a joke that it would exist longer than the Chinese Communist Party (CCP). He took back his “joke” the following day, according to Reuters.

In August, JPMorgan Chase received Beijing’s approval to become the first wholly-owned investment bank in China—a first since the control economy was opened to the outside world under former Chinese leader Deng Xiaoping.

Xi’s sweeping purge is targeting a rival faction within the CCP, headed by former Chinese leader Jiang Zemin, and its associated companies, according to an Oct. 18 report from Secret China. The companies have bled large amounts of assets through massive fines and instant devaluation of their stocks and bonds. Foreign investors in China, including Wall Street, have suffered losses from this as well.

As of June, Chinese real estate developers had accumulated $5.2 trillion in debt, with bank loans accounting for the largest share at 46 percent and bonds at about 10 percent, including $217 billion of bonds, according to an estimate by an economist at Nomura Holdings Inc.

Stakeholders in both the West and within the CCP were looking for a way to “replace Xi Jinping,” according to investigative China reporter Simone Gao. Xi upended the “ruling with corruption” model developed by Jiang, which shared profits between CCP elites and those at the top of the globalization pyramid.

Jack Ma, the former richest man in China, had hidden ties between his companies and CCP power groups, including to members of Jiang’s family.

In August 2020, Chinese media Caixin Weekly revealed that Boyu Capital, owned by Jiang’s grandson, was one of the undisclosed shareholders of Ma’s Ant Group. According to Caixin, Boyu Capital holds 0.92 percent of Ant Group’s Class A shares and 1.92 percent of Class C shares through Beijing Jingguan Investment Center and Growth Succession Limited, respectively.

Ali Group, Ma’s other company, went public in 2014 and only 70 percent of its shareholders were announced to the public, while the remaining 30 percent were hidden.

Now, Xi is trying to cut off the financial resources of Jiang’s faction, which has been entrenched in China for more than 20 years. Ant Group’s IPO has been blocked and was followed by a series of crackdowns that have reduced the scope of its financial services.

Xi is not only striking at Jiang’s financial sources, but he is also launching a broader policy crackdown on giant private companies backed by Jiang’s faction while fostering small- and medium-sized enterprises with relatively simple political backgrounds.

According to Gao, Xi did so for two reasons. He is working to curtail the economic power of his political enemies, and to contain certain private high-tech companies and e-commerce platforms that hold sensitive information, which is a potential security risk for the CCP.

Xi’s harsh policy has reshuffled China’s rich list. According to Forbes, the total wealth of the country’s top 100 richest people rose to $1.48 trillion in 2021, up from $1.33 trillion a year earlier. But the personal wealth of some of the giant private company controllers is declining, with Jack Ma alone seeing his personal wealth plummet by about $26.6 billion, dropping from 2020’s richest person in China to fifth place.