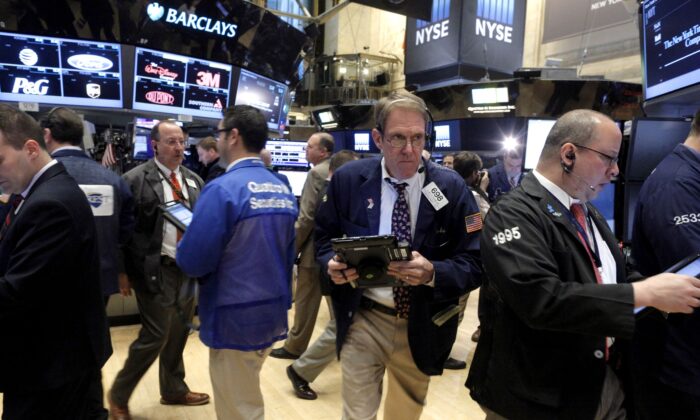 Traders work on the main trading floor of the New York Stock Exchange shortly after the opening bell of the trading session in the Manhattan borough of New York City on Jan. 7, 2016. (Brendan McDermid/Reuters)
Markets

Data showed China’s economy hit its slowest pace of growth in a year in the third quarter, hurt by power shortages and wobbles in the property sector.

“There is some weak data out of China, which is concerning on a global basis, and then market participants came into this earnings with a very pessimistic view but banks dramatically exceeded expectations,” said Thomas Hayes, managing member at Great Hill Capital Llc in New York.

“Now we are in the second week of earnings, which is more dependant on the general economy as a whole, so it is a ‘show me’ kind of market now.”

In the days ahead, investors will keep a close eye on how Corporate America mitigates the impact on earnings from supply chain disruptions, labor shortages, and higher costs, especially in the wake of rising oil prices.

Forecast-beating results from big U.S. lenders last week set a positive tone for third-quarter earnings season, with analysts expecting S&P 500 earnings to show a 32 percent rise from a year ago, according to Refinitiv data.

Apple Inc. fell 0.6 percent ahead of its event where the iPhone maker is expected to unveil new Mac laptop computers with more powerful processor chips.