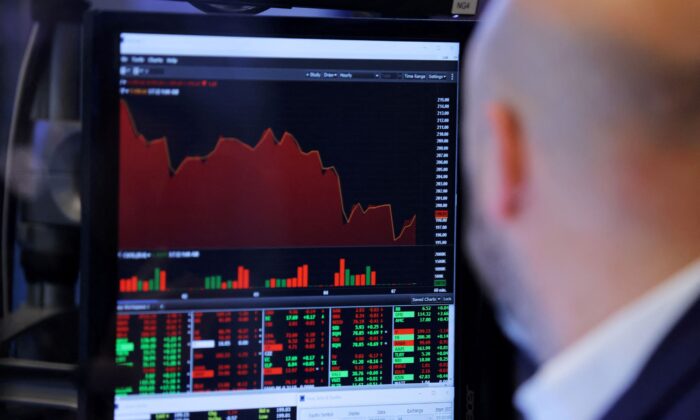 A screen is seen on the trading floor at the New York Stock Exchange (NYSE) in Manhattan, New York City, on March 7, 2022. (Andrew Kelly/Reuters)
Stocks

Wall Street’s main indexes opened lower on Thursday after data showed consumer prices in February surged as expected, cementing the case for an interest rate hike by the Federal Reserve later this month.