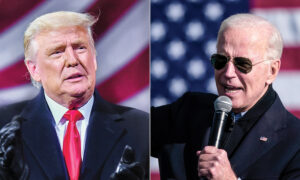 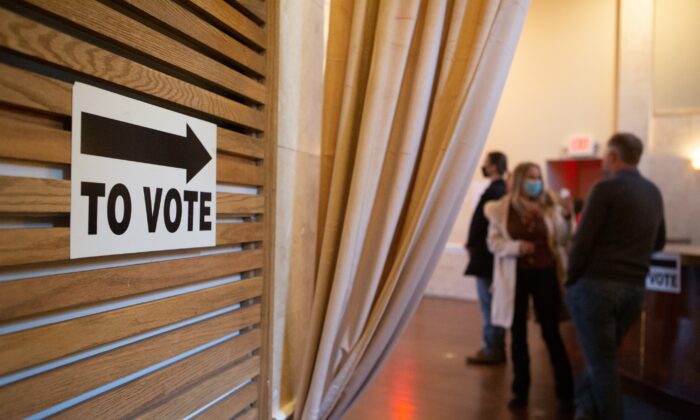 Voters line up at the Park Tavern polling station to cast their ballots in Atlanta, Ga., on Nov. 3, 2020. (Jessica McGowan/Getty Images)
Election Integrity

Officials in a county in Georgia said Tuesday that all polling stations are up and running after a glitch caused voting machines to stop working.

“All polling stations in each precinct are now up and running as they should be,” Spalding County said in a mid-morning statement.

The county had said previously that there was a “county wide technical issue with all polls,” prompting them to deliver provisional ballots to every location.

County officials warned voters to expect longer lines until the issue was fixed.

The county sheriff was more explicit in what happened.

“The computers at all polling locations across Spalding County are down. The problem is being worked on and hopefully will be resolved quickly,” the Spalding County Sheriff’s Office said in a statement. “Until the issue is fixed, paper ballots are being used at all locations.”

The county Board of Elections didn’t return an email or pick up the phone on Tuesday.

Spalding County, in western Georgia, has a population of about 67,000.

The county went for Donald Trump in 2016.

Officials were waiting for the Dominion company to send workers to fix the machines, she said earlier Tuesday.

Thousands of provisional ballots were being sent to polling stations so people could vote with paper.

Polling stations in the state are closing at 7 p.m. People in line at the time can vote.