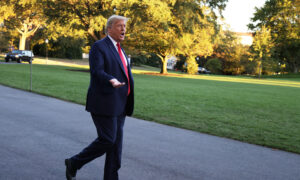 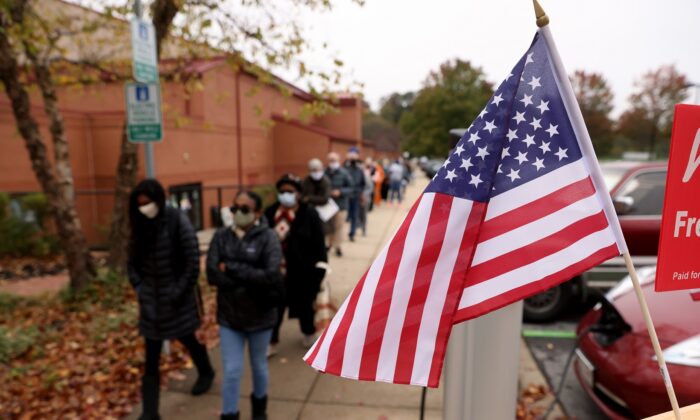 Our friends on the left are forever banging on about “our democracy”—by which, of course, they mean their democracy—and have accordingly elevated the act of voting to the status of a secular sacrament.

The fetishization of the franchise has become so elevated that there’s nothing in our political life that supersedes it. Whatever it takes to ensure that every eligible citizen can and does exercise his right to vote must be done, and if that overrides such mundane issues as citizenship, proof of identity, and potential fraud, then so be it.

As always, they couch the expansion of the franchise in terms of “rights,” whether constitutional, civil, or moral: anything to make voting easier and more inclusive is, to their minds, a mandate from heaven. Why this is to them self-evidently true is unclear. In no previous iterations of representative democracy, including our own, has a universal franchise been the case.

Still, we have gradually extended the time and place to cast one’s ballot from Election Day itself—for presidential elections, the date is always the first Tuesday after the first Monday in November—and at specially designated polling places, to weeks before (and even a few days after), sometimes by mail, with marked ballots dropped off at collection boxes, or even brought in by third parties known as “harvesters.”

What’s so sacred about that? The one sacral space in American public life used to be the closed and curtained voting booth, in which a voter could make up her mind, undistracted and alone with her conscience.

And yet here we are, just a week before a critical presidential contest, and already some 60 million ballots have been cast either by mail or via “early voting.” More votes undoubtedly will come in before Nov. 3, not to mention absentee ballots from residents and military personnel living and stationed overseas. In sum, a record number of votes will be cast by people without all the necessary information to make an informed choice on Nov. 3.

The idea behind elections is one man, one vote, one time, on one day. This ensures that everyone has equal access to all the information available about the two candidates at the same time. Thus, an election is a snapshot in time, binding for a certain period of time, and reflecting the will of the citizenry at that moment. Which is the way it should be, and has been since the ancient Greeks and Romans.

What we have today is, in effect, a rolling plebiscite. One of the few things you can say in its favor is that it diminishes the effect of what has come to be known as the “October surprise,” a last-minute bombshell meant to atomize one or both of the candidates, generally by calling their judgment or character into question with a surprise revelation from the past.

One of the earliest such “surprises” was the Inauguration Day release in 1981 of the remaining American hostages by the Islamic Republic of Iran. Democrats, embarrassed that the incumbent president, Jimmy Carter, had been turned out of office by the “cowboy” Ronald Reagan, charged that Reagan had colluded with the Iranians to prevent Carter from pulling off an October surprise of his own by having them released before the election and thus helping his reelection chances.

Nothing was ever proven, although the likeliest explanation was that while the mullahs enjoyed humiliating the hapless Carter, they were terrified by Reagan. Twenty minutes after the Gipper’s inaugural address, the hostages were freed. Still, as 2016 shows, the Democrats’ fondness for conspiracy theories lives on.

What a prolonged voting period also does—by design—is mobilize the true believers, those voters immune to the news and impervious to argument, but who, out of sheer laziness or stupidity, can’t be bothered to turn up on time at their local precinct on Election Day. As it happens, these folks generally favor the Democrats, which is why every effort has been made to accommodate them short of filling in the ballots for them and chauffeuring them to polling places.

As it happens, early voting is up this year not simply due to heightened motivation, but from dread of the CCP virus, which has taught some Americans to fear the proximity of their fellow man. Never mind that the survival rate of the overhyped CCP (Chinese Communist Party) virus is, except among the very elderly or quite ill, more than 99 percent.

But by dubbing infections as “cases,” the American media has been able to scarify the citizens with their dire talk of “second waves” (minus the spring’s herd-cull death toll) and “record” numbers of the afflicted (who mostly get over it without lasting harm).

And so those early voters have missed out on such late-breaking news as the discovery of Hunter Biden’s abandoned laptop allegedly containing, among other things, explicit photos, depictions of drug use, and evidence that Joe Biden’s ne’er-do-well son isn’t only the moral reprobate most have long suspected him to be, but the bagman for his father in various skeezy financial deals in Russia, Ukraine, and China.

Naturally, this scoop by the New York Post was immediately dismissed (but never denied) not only by Biden and the Democrats but by most of the partisan U.S. media as well as the social networks such as Twitter and Facebook, which promptly deemed it fake news and sidelined multiple accounts—including the Post’s—for spreading “misinformation.”

That these were the same people and institutions who eagerly disseminated the entirely imaginary “Russian collusion” hoax and the sham Ukrainian impeachment is surely coincidental.

Thus, early voters for whom this information might have been of some interest missed out on it, as have absentee ballot-casters. In a handful of states, it’s possible to rescind an early vote and vote again, but the process is cumbersome, differs markedly from state to state, and in at least one of the states, Minnesota, the deadline to switch has already passed.

Predictions based on early voting numbers and party registration are risky, and anyone who says he can forecast the future in the crazy year of 2020 needs his head examined. This is a campaign that has seen President Donald Trump shake off the virus and barnstorm vigorously around the country.

Meanwhile, candidate Biden is senescent, increasingly confused, feeble, and even more gaffe-prone than usual, with his replacement, Kamala Harris just itching to succeed him via the 25th Amendment. Biden has for months conducted a basement campaign in the hopes that the people who hate Trump are more motivated to vote early (and perhaps often?) than those who love him. And whatever happens after Jan. 20, 2021, will be Harris’s problem.

For the Democrats, therefore, the more votes they can pile up early the better, in order to withstand the surge of the Republican electorate, which prefers to wait until the constitutionally mandated time—and then deliver a rebuke to the Democrats and their partners in electioneering, the media, who apparently have learned nothing from the beating they took four years ago.

Soon enough, then, we’re going to find out just whose “democracy” this is. That of the “progressive” left, aided by its thugs from Antifa and the Black Lives Movement, who wish to dispose of the hated Trump and resume their pedal-to-the-metal, Thelma-and-Louise rush to propel the country through our previous electoral norms and safeguards and over the precipice?

Or that of the patriotic Americans who love their country despite its real or imagined failings, don’t want to be bullied and buffaloed by the coastal elites into turning their backs on their patrimony, and wish to keep the Republic the founders bequeathed them?