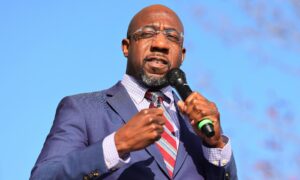 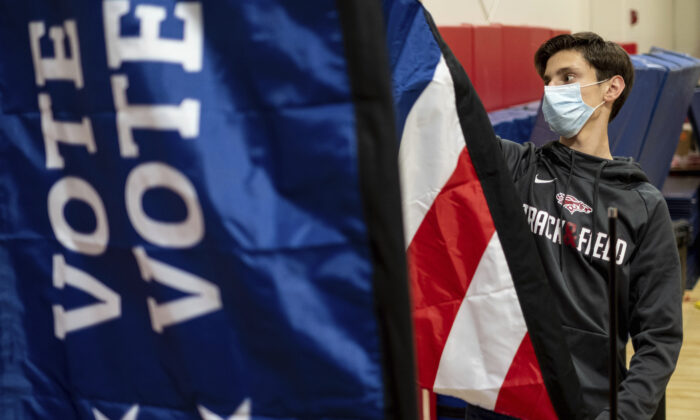 Voters are heading to the polls on Tuesday in the Georgia Senate runoff elections.

Filmmaker Jon Ossoff is trying to grab the seat that was held by David Perdue until Sunday, when his term expired. Perdue beat Ossoff in the general election by over 88,000 votes, but fell just short of avoiding a runoff. Perdue had 49.7 percent of the vote, compared to Ossoff’s 47.9 percent.

Perdue, 71, a businessman, was a political neophyte before he was elected in 2015. Ossoff, 33, tried but failed to get elected to the House of Representatives in 2017.

In the other runoff, Sen. Kelly Loeffler (R-Ga.) is facing pastor Raphael Warnock. They emerged from a so-called jungle election last year to finish the term of Sen. Johnny Isakson (R-Ga.), who retired due to health reasons.

Loeffler attracted the most votes on the Republican side, with 1.2 million votes. But Warnock received more with 1.6 million votes. Republicans are optimistic because Rep. Doug Collins (R-Ga.) came in third place with over 980,000 votes. They’re hopeful Collins’s voters will choose Loeffler this time around.

Loeffler, 50, a businesswoman and part owner of the WNBA’s Atlanta Dream, had never been in office before last year. Warnock, 51, the pastor of Ebenezer Baptist Church, has never held office.

Two wins by Democrats, along with securing the White House, would deliver a Senate majority through the tiebreaking vote a vice president can cast in their role as president of the Senate. Otherwise, Republicans retain control of the body. The current composition is 50 Republicans and 49 Democrats.

The races have attracted outsized attention and funding because of the stakes.

President Donald Trump and Vice President Mike Pence, along with a slew of Republican lawmakers, have campaigned in recent weeks with Loeffler and Perdue, urging voters to choose them by focusing on what may happen if Republicans are made the minority in the Senate.

“They’ll massively raise your taxes on the middle class to pay for socialism,” Trump told a crowd in Dalton on Monday night. “The damage they do will be permanent and will be irreversible. These Senate seats are truly the last line of defense.”

Trump praised Perdue as one of his strongest allies in Washington, calling the vote he cast for the tax reform bill critical. Loeffler is a committed defender of Second Amendment rights, he added, and helped confirm Supreme Court Justice Amy Coney Barrett to the court.

Biden, meanwhile, told a rally in Atlanta that voting for Warnock and Ossoff would lead to $2,000 direct payments and “break the gridlock that has gripped Washington and this nation.”

“With their votes in the Senate, we’ll be able to make the progress we need to make on jobs and health care and justice and the environment and so many other things,” he added.

Over 962,000 mail ballots were received in the races as of Jan. 4, Gabriel Sterling with the secretary of state’s office told reporters, with just over 281,000 still outstanding.

Combined, the number of votes smashed the previous record in a runoff, which was 2.1 million in 2004.

“So, obviously, a lot of interest,” Sterling said. “I’m sure Georgians are tired of TV ads, text messages, voicemails, and mail. So it’s all going to end very soon, hopefully.”