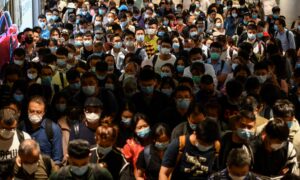 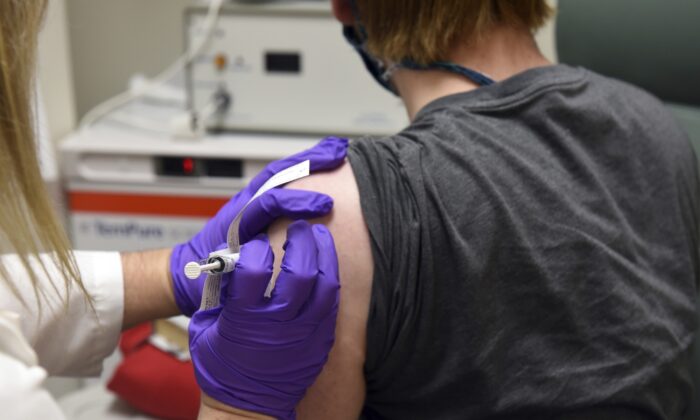 With over 43,500 volunteers taking part in Pfizer’s COVID-19 vaccine trial, reports have emerged of people who took the shot describing its side effects, with some noting injection site pain and aches comparable to the flu jab, while one test subject likened it to a “severe hangover.”

Biotech firm Pfizer and German partner BioNTech SE recently announced that their experimental vaccine candidate was shown to be 90 percent effective in preventing COVID-19 infection. The companies said they expect to apply for emergency use authorization sometime in November, raising the chance of a regulatory decision as soon as December.

“Today is a great day for science and humanity,” Pfizer’s Chief Executive Officer Albert Bourla said in a Nov. 9 statement.

“We are reaching this critical milestone in our vaccine development program at a time when the world needs it most with infection rates setting new records, hospitals nearing over-capacity, and economies struggling to reopen,” he added.

The Pfizer study enrolled 43,538 participants, with the company noting no serious safety concerns have been observed, and that additional safety and efficacy data continue to be collected.

Meanwhile, trial participants have been describing the side-effects of the experimental vaccine.

Stanley Wang, an Australian man who lives in Los Angeles, told Australia’s ABC News that the side-effects were like experiencing a “severe hangover.”

“Side effects are equivalent to a severe hangover where you get headaches and don’t feel so well from it, and that lasts on average two days, but some people have reported up to five days,” he told the outlet.

Glenn Deshields, a 44-year-old volunteer from Austin, Texas, told Fox News in an interview that after taking the first shot, he experienced “a lot of injection site pain” and that the side-effects “were a little more severe than I thought.” He said he felt unwell for “maybe three to four days,” adding that the symptoms following the second injection were “much more muted.”

A volunteer from Missouri named Carrie, who declined to provide her last name, was cited by Daily Mail as saying she suffered a headache, fever, and aches all over her body after the first shot, with the second injection causing symptoms that were “more severe.”

The Pfizer-BioNTech vaccine needs to be stored at temperatures of -94 degrees Fahrenheit (-70 degrees Celsius) or lower, potentially posing a logistical challenge in keeping the “cold chain” intact during deliveries, particularly in countries that experience intense heat and have poor infrastructure.

The Trump administration, meanwhile, has struck a deal with pharmacies across the nation to make the COVID-19 vaccine available more widely and with no out-of-pocket costs.

The Department of Health and Human Services (HHS) on Nov. 12 announced that the arrangement would involve both large chain pharmacies and networks representing independent pharmacies and regional chains.

Partnership with pharmacy chains covers around 60 percent of pharmacies in all 50 states, the District of Columbia, Puerto Rico, and the U.S. Virgin Islands. These include names like Albertsons, Costco, CVS, Publix, Walgreens, and Walmart, with a complete list available in the HHS release.

“The vast majority of Americans live within five miles of a pharmacy, and our new agreement with pharmacy partners across America is a critical step toward making sure all Americans have access to safe and effective COVID-19 vaccines when they are available,” said HHS Secretary Alex Azar, in a statement.

While there are currently no COVID-19 vaccines that have been authorized or approved by the Food and Drug Administration, the pharmacy partnership was launched in anticipation of one or more vaccines would be approved by the end of the year.