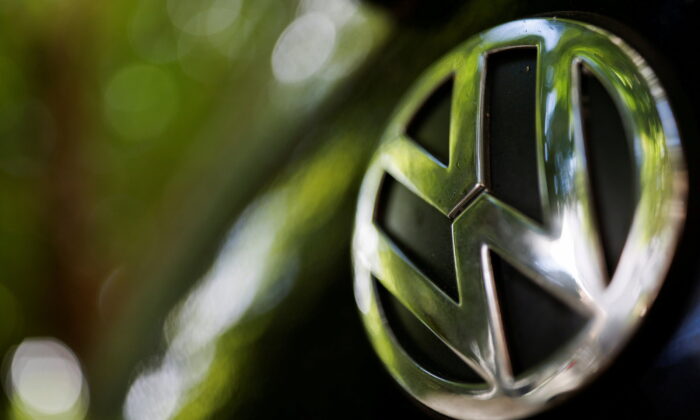 A logo of German carmaker Volkswagen is seen on a car parked on a street in Paris, France, on July 9, 2020. (Christian Hartmann/Reuters)
Europe

HAMBURG—Europe’s largest carmaker Volkswagen on Tuesday warned of production cuts at some of its plants including the one in Wolfsburg as Ukraine-based suppliers have been facing difficulties delivering after Russia’s invasion.

The group also said it had temporarily halted production of Volkswagen brand electric vehicles at its Zwickau and Dresden plants this week and could not rule out further production adjustments.