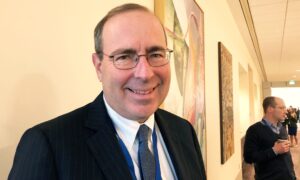 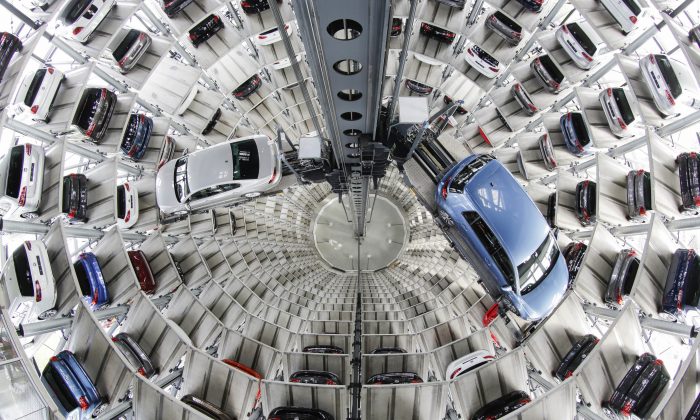 Volkswagen, Emissions and the ‘Crisis Spiral’

The event that triggered the Volkswagen emissions scandal—which saw the group admitting that it had allowed “cheat” devices to be used in U.S. emissions tests—was just the start of the downfall of one of the world’s largest car manufacturers.

In 2010, I published a book, “The Automotive Industry in an Era of Eco-Austerity,” in which I discussed the hypothetical possibility of a “crisis spiral.” The VW Group, in the worst case scenario, faces this spiral of decline in which revelations and attempts by management to resolve the situation combine in a toxic cocktail of falling sales, disintegrating consumer confidence, stressed suppliers, overstretched management, spooked investors, and nervous franchise dealers.

Initially, analysts assumed that the scandal had cost VW $2 billion, but the ripples have continued, pushing this price far beyond expectations.

In the final three months of 2015, VW reported a loss of 127 million euros ($146 million), yet the full impact of the crisis was much stronger. While Volkswagen Group’s operating profit was on a level with 2014—at 12.8 billion euros ($14.73 billion)—the diesel scandal led to a total net loss of 1.6 billion euros for 2015—the worst since the company was founded 78 years ago.

This figure includes provisions for pending technical modifications to the affected diesel engines and repurchases, which total 7.8 billion euros ($9 billion). Another 7 billion euros ($8.06 billion) has also been set aside as a provision for probable legal risks worldwide.

How the Crisis Played Out

When news of the emissions scandal first broke in September 2015, initial reactions from the VW Group and its PR team were sporadic. VW owners were left uncertain as to whether they were specifically affected, what technical remedies might be available, what effect those remedies might have on the performance of their vehicles, or the impact on residual values, or indeed whether any form of financial compensation might be forthcoming.

Less than a month later, governments around the world had taken strong action to compel recalls and instigate fines. Despite attempts to issue a fix, in the United States some proposed solutions from VW Group were still deemed “incomplete, substantially deficient, and falls far short of meeting the legal requirement” and resoundingly rejected.

By March 2016, credit rating agencies had downgraded the VW Group, making raising money more expensive, and further limiting the ability of the business to secure its medium-term future. Some investors began to seek legal redress and compensation—despite the group’s denial of breaching market disclosure rules.

The money used to pay fines to regulators or governments, and compensation to vehicle owners must come from somewhere—and it began to be taken from the R&D budget, which was cut by 10 percent. While a logical step, it is likely to damage the future model and/or technology program, with a resulting loss of competitiveness. CEO Matthias Müller has simply stated that the company’s financial damage will be “substantial and enduring.”

The group further proposed cutting more than 2 billion euros ($2.3 billion) from the purchasing budget. However, cutting costs from suppliers may also cut corners, leading to quality and reliability problems in the future—and yet more problems for VW. Other investments in factory upgrades or capacity expansions, which were presumably considered “necessary” by the group before this crisis hit, are also being postponed or canceled—with direct consequences for production quality and volume.

A Brand in Trouble?

VW brand sales were already in trouble months before the crisis. In order to keep sales up, and keep factories running, the group began discounting vehicle prices to “shift the metal,” resulting in a decrease in per-unit profitability. By October 2015, VW posted a third-quarter loss of $3.84 billion, compared to a $3.6 billion profit in the same period in 2014.

In situations such as these, market share may in any case fall. If, as was the case for VW, customers in the EU are not offered compensation while those in the United States are, there will be more questions and bad publicity. VW sales in the United States fell by 25 percent in November.

It is not just buyers and investors who have been unhappy: In a spiral such as this, key executives and management may also be tempted to leave. At VW, several high-ranking employees have had to go, including former CEO Martin Winterkorn, or been suspended, such as Hanno Jelden. Recruitment will probably suffer as well, damaging the ability of the business to keep up with the competition.

Franchised dealers have also been upset by the scandal and many sought financial compensation, while others started to look to sell other brands. Recruitment of new dealers would also have become more difficult, resulting in gaps appearing in the network for some or all brands, depending on territory.

Management attention meanwhile continued to be directed at firefighting, not the mainstream job of running the business. According to VW Group, the scale of the scandal is huge, with about 450 internal and external staff reportedly involved in the investigation. This internal over external focus could easily result in multiple strategic errors, management lapses, and a loss of direction that will further hinder the ability of the business to regain its competitiveness.

And various investigations and court cases roll on—probably for years.

Müller has now said that VW will place great emphasis on its modular electrification toolkit, to support a new generation of electric vehicles. If the scandal succeeds in propelling Volkswagen Group more rapidly into the era of electric mobility and services, then the long-term impact will be beneficial—so long as the company is able to halt the crisis spiral that is greatly damaging its brand.

After all, the most valuable thing that the VW Group needs to protect is its brand—and announcements include a promise by the company that it is “standing by its responsibility” and will regain customers’ trust. Whether it can do this, and climb back to its place as a respected car manufacturer, remains to be seen.

Peter Wells is a professor of business and sustainability at Cardiff University in the U.K. This article was originally published on The Conversation.