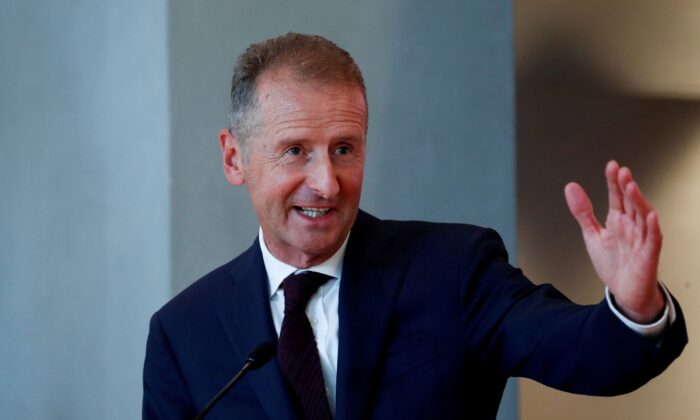 Volkswagen CEO: We Will Keep Up With Tesla but Not Without Cuts

FRANKFURT—Volkswagen Chief Executive Herbert Diess on Thursday said he was confident that Europe’s largest carmaker could keep up with Tesla, but added this would require further cost cuts, including headcount reductions at its Wolfsburg site.

Tesla is planning to open its plant in Gruenheide near Berlin, its first gigafactory in Europe, this year although no final approval has been given by authorities.

Diess said the site was setting a new benchmark in terms of productivity, speed, and lean management.