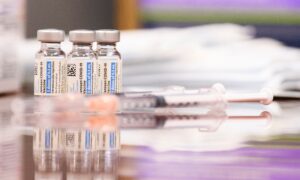 The Euro continues to trade lower against the majors as event risk continues to favor weakness in equities and high yielding currencies.  Recent comments from German Chancellor Merkel, dismissing the possibility of joint Euro bonds are adding the negativity as some analysts have suggested a strategy like this would bring a more immediate end to the European debt crisis.  The next event to watch will be the 8 billion Euro Italian bond auction and this is likely to be the guiding factor in sentiment for the remainder of the week.

Trading volumes have seen some marked decreases and this is leading to the stabilization in price activity relative to what we have seen since last summer.  The US is on its Thanksgiving holiday so there will be no significant data releases from the area and the most likely scenario is that equities and currencies will see slow drifts lower until trading slows to a halt at the end of the day.

European trading is likely to see the bulk of the activity, with the DAX and CAC futures already pointed toward a lower open.  Macro data will come in the form of German Import prices and Consumer Confidence in France, so the majority of headline guidance will come from the results of Italy’s bond auction.  We did see some headlines from some of Europe’s peripheral countries, as Moody’s downgraded the credit rating in Hungary by one level (to Ba1) and kept its “negative outlook” in place.

In Japan, macro data did get some attention as well, with the country’s core consumer inflation numbers showing a drop of 0.1% for the month of October (following a 0.2% rise during the previous month).  Shorter term, these types of figures have little trading impact (because of the subtle degree of the changes we are seeing) but this data does give investors an indication of the broader economic environment, which continues to show systemic stagnation without many prospects for change in the medium to long term.

So far, market players have not taken the lower liquidity levels as an opportunity to push market prices in new directions but the possibility does exist, so keep this in mind when choosing areas for trade stop losses for the remainder of this week.

The GBP/USD continues its massive drop, with prices breaking key Fib support on the daily charts and momentum indicator readings crossing into negative territory.  This is definitely suggesting of further declines but the one-way moves are starting to become over-extended to the point where contrarian buy positions are starting to looks favorable in terms of risk to reward.  Major support is seen at 1.5260, and short term longs can be taken into this area.

The FTSE is showing very little bounce with prices dropping below the 5100 level.  Daily momentum indicators are still bearish but suggestive of a reversal (given the oversold nature of the latest price activity) so we can start to look for short term buy positions into psychological support at the 5000 level.  Be aggressive taking profits on any bounces, however, as the trend is clearly downward and unlikely to let up any time soon.