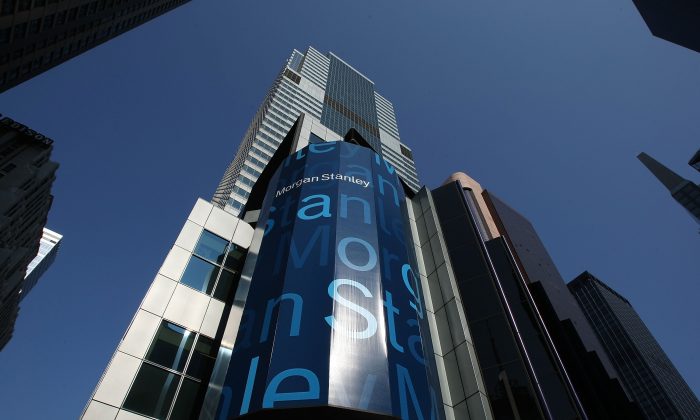 The bank has pledged that its expansion into wealth management over the past decade would help deliver more stable results. But the unit, which accounts for roughly half of Morgan Stanley’s revenue, was not immune from year-end market volatility that drove customers to the sidelines.

Gorman said that Morgan Stanley had been “mortgaging (its) future” by delaying payouts.

On a call with analysts, Gorman characterized the fourth quarter as a temporary, if disappointing, blip.

“2018 was a great year that finished on a disappointing note,” he said. “We do not believe the fourth quarter is the new normal.”

Although market volatility hurt trading, underwriting, wealth management and asset management revenue, Morgan Stanley is keeping a tight lid on costs and making purposeful decisions to position itself for growth, he said.

The bank held its profit margin outlook for wealth management steady at 26 percent to 28 percent through this year. The business had a profit margin of 24 percent in the fourth quarter and 26 percent for all of 2018. Gorman, who has been pressed by analysts to increase that target, cautioned that the current goal is “not a limit” but that the bank is putting revenue growth in that business ahead of profitability for now.

“The trade-off between revenue growth and margin expansion is important,” he said. “This year, we would be more interested in driving higher revenue growth within this margin range that we’ve been public on.”

A pay structure for wealth management employees also weighed on the unit during the market slump.

Morgan Stanley has for years paid its roughly 15,700 brokers a combination of cash up front and stock, which is deferred for several years and invested by the firm.

The bank reported that net revenues for the current quarter fell to $4.1 billion from $4.4 billion a year earlier because of losses in the investments of some deferred compensation plans.

Overall, Morgan Stanley reported a fourth-quarter pre-tax operating income of $1.9 billion, down 25 percent from the $2.5 billion it reported in the year-earlier period, when changes to U.S. tax law dramatically affected results across Wall Street.

Morgan Stanley’s fixed-income trading revenue fell 30 percent to $564 million. That was a much sharper drop than at rivals, who have bigger bond trading businesses.

Investors shifted $121 billion into U.S. money market funds in December, Lipper estimates, the most since November 2008.

One bright spot in the bank’s results was its M&A advisory business, which delivered a 41 percent rise in revenue. Goldman Sachs also saw similar surge in dealmaking.

In the last twelve months, Morgan Stanley’s stock has fallen nearly 22 percent, versus a 12.5 percent decline in the financial index  and a 5.6 percent drop in the S&P 500 index over the same period.