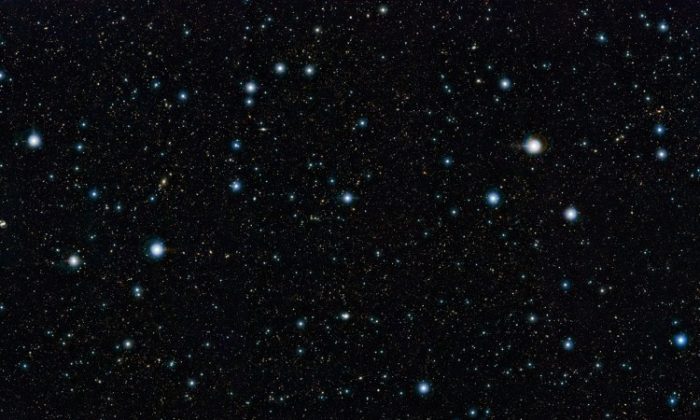 This view shows some highlights from widest deep view of the sky ever taken using infrared light, with a total effective exposure time of 55 hours. It was created by combining more than 6000 individual images from the VISTA survey telescope at ESO’s Paranal Observatory in Chile. This picture shows a region of the sky known as the COSMOS field in the constellation of Sextans (The Sextant). (ESO/UltraVISTA team. Acknowledgement: TERAPIX/CNRS/INSU/CASU)
Science

This new picture of the sky contains over 200,000 galaxies as seen by the European Southern Observatory’s (ESO) VISTA telescope situated in the Chilean Andes.

As part of the UltraVISTA survey, the telescope has been studying the COSMOS field, a patch of sky that looks mostly empty to the naked eye.

UltraVISTA is the deepest of the six VISTA surveys to date with VISTA repeatedly focused on the same area to gather weak radiation from the most distant galaxies, taking more than 6,000 exposures taken over a total of 55 hours.

Five different colored filters were used in this image, which is the biggest and deepest infrared sky view ever captured. While various bright stars in our own galaxy are visible, the faint objects beyond are remote galaxies, each consisting of countless stars.

With its infrared vision, VISTA can observe these faraway galaxies via their redshift to better understand their evolution and the history of the cosmos.

By zooming into the image, many thousands of previously unknown remote galaxies can be spotted as reddish objects, some from when the universe was less than one billion years old or even younger.