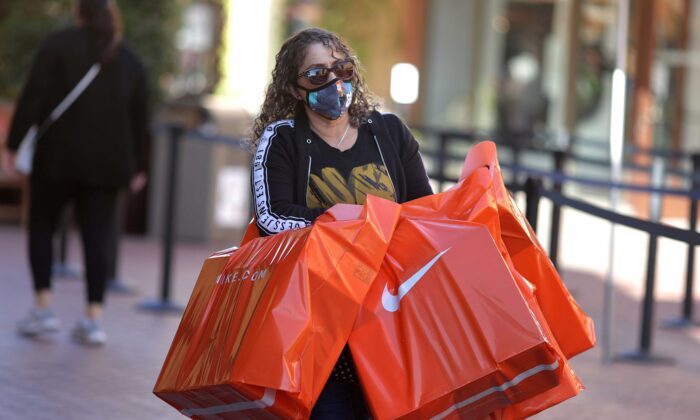 Visits to top-tier indoor shopping malls across the United States fell 6.5 percent in September amid rising COVID-19 cases and as kids returned to school, according to the September mall index from analytics firm Placer.ai.

The mall index focuses on 100 top-tier malls and 100 outdoor centers across the United States.

Shoppers had returned to malls in droves in July, with visits to indoor malls rising 1.0 percent above the same month in 2019, in part due to a lack of travel and general excitement about the retail industry reopening after months of lockdowns.

But things began to quiet in August, when those numbers dipped by 2.5 percent. And the declines continued into September, when visits to outdoor malls declined by 5.2 percent.

However, experts are still optimistic about the future, noting that this summer’s “artificial” influx of shoppers was down to a “unique mix of factors” and was inevitably set to decline.

While there were clear drops in August and September, the report notes that gaps in visits are still less than those seen in May and June, signaling that the retail industry is still going strong compared to months prior, in spite of COVID-19 related issues.

The report notes other factors such as children and teenagers returning to school, which naturally leads to a quieter autumn shopping period before the build-up to the holiday season begins.

Going by recent figures, Placer.ai is optimistic that the retail industry is on track for an exceptional end to the year, particularly if COVID-19 cases decline.

“The back-to-school surge combined with the decline that followed shows that traditional retail patterns are holding. So, while October may not see a significant change, the holiday shopping period could jolt visits back to growth or near-growth levels—especially if COVID cases decrease into that time,” the report’s authors noted.

“Even the declines demand perspective in that they remain fairly limited—indicating that top-tier malls and retail experiences have retained much of their allure even during the extended COVID period,” they added.

The hopeful outlook comes despite widespread concern about inflation and the soaring prices of everything from cars to groceries, which have been worsened further by supply and demand issues.

The headline inflation rate, or consumer price index, rose 5.3 percent over the past 12 months in August and many investors, consumers, and economists such as Niall Ferguson have warned that inflation could be repeating the trajectory of the late 1960s, which set in motion sustained high inflation in the following decade.

The U.S. Federal Reserve maintains that the recent spike in inflation is “transitory,” and merely reflective of the ongoing effects of supply chain breakdowns during the pandemic and shifts in consumer demand as more activities such as travel become safer again.

Meanwhile, President Joe Biden’s administration is pushing for more Americans to be vaccinated.

States across the United States have implemented various mandates requiring individuals aged 12 or above to provide proof of vaccination to enter indoor venues such as indoor restaurants, gyms, movie theaters, salons, shopping centers, and more.

On Oct. 7, Biden championed COVID-19 vaccination requirements, and determined that the roughly 67 million unvaccinated American adults must get inoculated, while acknowledging that he had ruled out such requirements prior to taking office in January.

“There is no other way to beat the pandemic than to get the vast majority of the American people vaccinated,” Biden said in suburban Chicago at an event promoting the mandates. “While I didn’t race to do it right away, that’s why I’ve had to move toward requirements.”

In the coming weeks, more than 100 million Americans will be subject to vaccine requirements ordered by the president, while employers are being encouraged to take further steps to get employees vaccinated or subject them to onerous testing requirements.