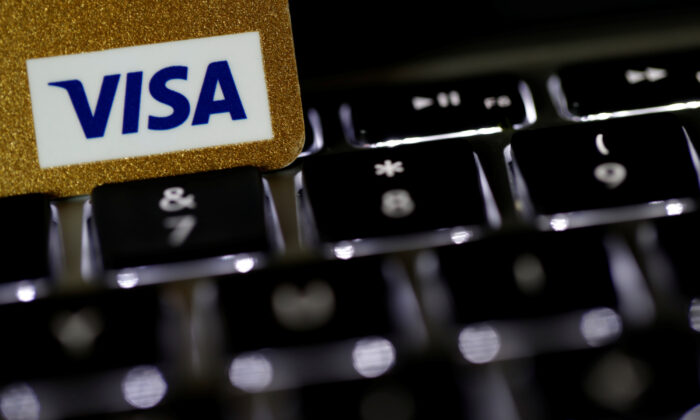 A Visa credit card is seen on a computer keyboard in this picture illustration taken on Sept. 6, 2017. (Philippe Wojazer/Illustration/Reuters)
US News

“Let me be clear: Visa condemns sex trafficking, sexual exploitation, and child sexual abuse,” Kelly said. “It is illegal, and Visa does not permit the use of our network for illegal activity. Our rules explicitly and unequivocally prohibit the use of our products to pay for content that depicts nonconsensual sexual behavior or child sexual abuse.”

In her complaint, Fleites not only accused MindGeek of illegally profiting from child pornography but also argued that Visa should be held accountable for processing payments to MindGeek’s pornography websites with the knowledge that these sites have problems with hosting non-consensual content, including content that features minors.

The judge did note, however, that Fleites “simply has no basis for claiming Visa directly participated in the sex trafficking ventures that harmed her,” and that she must file a “more definitive” statement for her common law civil conspiracy cause of action against Visa.

Visa called the ruling “disappointing,” saying in a statement that the judge “mischaracterizes Visa’s role and its policies and practices.”

“When the court can actually consider the facts, we are confident the plaintiff’s claims will be dismissed for lack of merit,” a spokesperson from MindGeek told Motherboard. “MindGeek has zero tolerance for the posting of illegal content on its platforms, and has instituted the most comprehensive safeguards in user-generated platform history.”