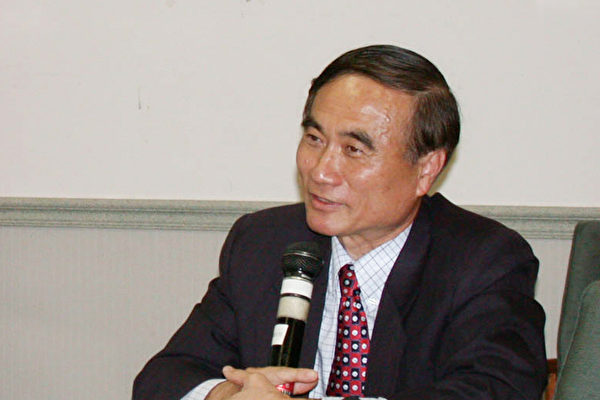 Dr. Michael Ming-Chiao Lai, a distinguished member of Taiwan’s Academia Sinica and known as the father of coronavirus research in Taiwan, was a major contributor to the successful SARS control in Taiwan back in 2003. He shared some preventative tips with The Epoch Times on Jan. 21. (The Epoch Times)
CCP Virus

A new SARS-like coronavirus originating from the central Chinese city of Wuhan has been confirmed to spread from human to human. Dr. Michael Ming-Chiao Lai, a distinguished member of Taiwan’s Academia Sinica, known as the father of coronavirus research in Taiwan, was a major contributor to the successful control of SARS in Taiwan back in 2003. He shared some prevention tips with The Epoch Times.

The disease caused by the new virus, also referred to as Wuhan pneumonia, has already claimed the lives of over a dozen people, as of Jan. 22.

Cases have been reported outside China, including one in the United States, two in Thailand, and one in Japan.

The Spreading Pattern of Coronavirus

Zhong Nanshan, a lead scientist at China’s National Health Commission who helped with disease control during the SARS outbreak, announced on Jan. 20 that the virus has been confirmed to transmit from human to human.

In Guangdong Province, two patients had not visited Wuhan recently, but were infected by family members who visited the city.

Zhong also cited a more alarming case where 14 medical personnel were infected from tending to a patient.

Dr. Lai pointed out that we should be on high alert when human-to-human transmission of a coronavirus is confirmed.

“At this stage, it may trigger a big outbreak,” he said.

According to Lai, coronaviruses are RNA (ribonucleic acid) viruses that usually originate from bats. Initially, they transmit from animal to animal; but RNA viruses are very susceptible to gene mutations. The mutated virus then turns into a new variety that can transmit from bats to other animals and eventually to human beings.

In other words, transmission from animal to human is the first infection step for coronaviruses. Once the virus enters a human body, continuous gene mutations may enable it to transmit from person to person. At this stage, the disease can spread explosively.

In addition, mutations of the virus inside a human body can make it more contagious, or more deadly, Lai explained.

Quarantine and Wearing Masks Are Key

Lai has been an investigator at the Howard Hughes Medical Institute in the United States since 1990. He returned to Taiwan in the midst of the 2003 SARS outbreak to help develop vaccines against the disease.

“The key to preventing the spread of a virus is quarantine,” Lai said. “Anyone who has been to the epicenter of the disease or may have been in contact with a patient must measure their body temperature daily. As soon as a fever or coughing develops, he should go to a doctor immediately, wear a mask before going out in public, and notify the hospital staff that they need to be quarantined.”

“That’s how we successfully controlled SARS 15 years ago,” he added.

Those who live in the epicenter should try to avoid crowded public places, wash hands frequently, and wear a mask whenever possible, Lai advised. “Wearing a mask is your best prevention.”

Some patients are more infectious than others who have the same disease. This group of people is called super-spreaders, and are thus critical in the control and prevention of the disease.

The patient in Wuhan who sickened 14 medical personnel could well be a super-spreader.

According to Lai, the scientific community suspects that the super-spreaders could carry mutated versions of the virus, or carry a higher viral load because the virus multiplies more quickly in their bodies due to a weakened immune system.

Nonetheless, these are just predictions. As no one knows what causes super-spreaders, there is no specific way to prevent the emergence of super-spreaders.

“Cutting off the chain of transmission is the best method so far,” Lai advised.