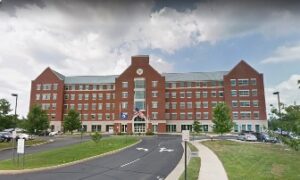 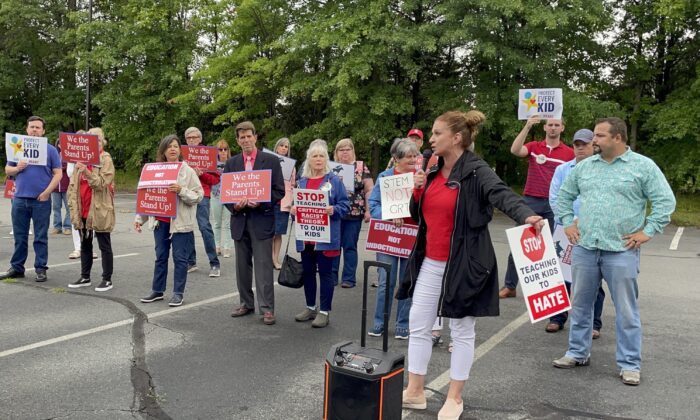 Police declared an unlawful assembly and arrested one at a Loudoun County, Virginia, school board meeting on Tuesday night, as tension escalated over the board’s proposed policy on transgender students.

The proposed policy (pdf) in question, according to the school district’s website, would require staff at Loudoun County Public Schools (LCPS) to address “gender-expansive or transgender students” with their chosen name and gender pronouns.

It would also allow those students to participate in sports activities and use school facilities, such as restrooms and locker rooms, that “correspond to their consistently asserted gender identity.”

Just an hour into the public comment session of the meeting, during which residents spoke both in favor of and against the proposal, the board members unanimously voted to prematurely close the public comments, citing repeated disturbance from the crowd.

The vote came after a speech by former Republican State Senator Dick Black, who criticized the board for its treatment of Byron “Tanner” Cross, an elementary school P.E. teacher who was placed on administrative leave last month after openly condemning the proposed gender pronoun rule.

“The judge ordered you to reinstate Mr. Cross, because if his comments were not protected speech, then free speech does not exist at all,” Black said.

Cross told the board at a May 25 meeting that he “will not affirm that a biological boy can be a girl, and vice versa,” because that would violate his Christian beliefs.

“It’s absurd and immoral for teachers to call boys ‘girls’ and girls ‘boys.’ You’re making teachers lie to students. And even kids know that it’s wrong,” Black continued. “You’re teaching children to hate others because of their skin color. And you’re forcing them to lie about other kids’ gender.”

“I am disgusted by your bigotry,” Black said before his time ran out and his mic cut off. A supporting crowd burst into wild applause and cheers, prompting the board to close the comments.

Angry cries and boos erupted in the boardroom after the board called an end to the public comments. A group of parents started to sing the “Star-Spangled Banner” before Loudoun County Sheriff’s Office deputies came in to disperse the crowd, arresting one person and citing another for trespassing.

School Board Chair Brenda Sheridan said in her remarks concluding the meeting that the board will continue to advance its equity agenda.

“We will not back down from fighting for the rights of our students and continuing our focus on equity,” she said. “We will continue to work toward making Virginia, specifically Loudoun, the best place to raise a family.”

Only 51 of the 249 scheduled speakers ended up speaking at the meeting, reported Loudoun Times-Mirror.

Loudoun County, which is home to some of the nation’s top-achieving public schools, gained national attention over the past months as the “ground zero” in a fight between parents and school districts seeking to promote leftest activism such as Critical Race Theory (CRT)—an ideology rooted in Marxist class struggle but with an emphasis on race, with the goal of dismantling all American institutions it deems inherently and irredeemably racist.