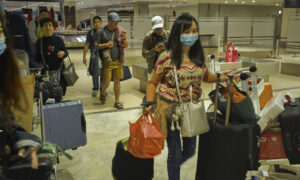 156 Chinese Tourists Flown Back To Wuhan From Philippines
0 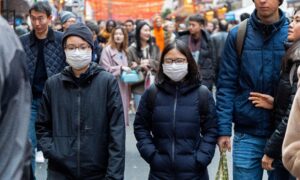 4th and 5th Cases of Chinese Coronavirus Confirmed in US, Officials Say
0 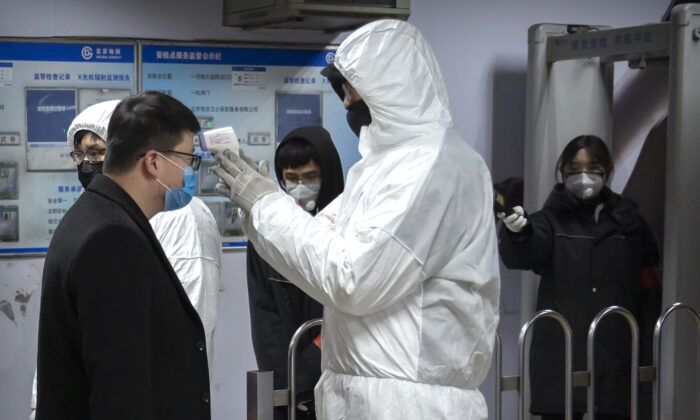 A worker wearing a hazardous materials suit takes the temperature of a passenger at the entrance to a subway station in Beijing on Jan. 26, 2020. (Mark Schiefelbein/AP Photo)
Coronavirus Outbreak

Virginia health officials said three people are under investigation for possible infection with the 2019 Novel Coronavirus, which reportedly originated from Wuhan, China.

Two people in central Virginia and one person in northern Virginia are under investigation, the state Department of Health said in a statement.

The people meet certain criteria provided by the Centers for Disease Control (CDC) and are being tested to see if they have the virus.

Lab tests usually only take around five hours but because of the volume of tests submitted from around the country, tests are taking longer to process, officials with the agency said last week in a phone call with reporters. An official with the Virginia Department of Health told WTOP that the test results are expected later this week.

George Mason University said over the weekend that there are reports that a student who returned from China is exhibiting symptoms similar to those of the novel coronavirus. The university did not confirm the reports.

“There is a possibility that these illnesses are not due to the coronavirus but may instead be a cold, flu, or other illness,” the university said, directing people to the state Department of Health’s statement.

“While VDH awaits test results on these individuals, public health will work closely with these patients and anyone who was in close contact with them to ensure monitoring and precautionary measures are put in place to prevent the spread of illness. To protect confidentiality, specific details about these patients will not be provided,” it added.

Five cases have been confirmed in the United States: two in California, one in Arizona, one in Illinois, and one in Washington state. “It is likely there will be more cases reported in the U.S. in the coming days and weeks, likely including person-to-person spread,” the CDC said on Sunday.

“While this is a serious public health threat, CDC continues to believe the immediate risk to the U.S. general public is low at this time,” it added.

People were told to avoid nonessential travel to Hubei Province in China. The coronavirus outbreak started in the province in the city of Wuhan.

People traveling to other parts of China should practice health precautions like avoiding contact with people who are sick and practicing good hygiene, such as frequently washing hands.

The coronavirus has infected thousands of people in China, killing dozens. There are currently no vaccines for the virus and no known cures.

Back in the United States, Maryland, next to Virginia, has no suspected cases but hospitals in the state are taking precautions. That includes travel screening for new patients.

“If they’ve traveled to Wuhan, China, if they’ve come in to close contact with anyone who traveled to China recently, and we actually have designated algorithms should we identify these folks, we have negative pressure rooms to quarantine them in,” Dr. Elizabeth Wang, an infectious disease doctor at St. Joseph’s Medical Center in Towson, told WBAL-TV.

She said people should wear a mask in public places if their immune systems are weak, avoid people who are clearly sick or coughing, and wash their hands frequently.