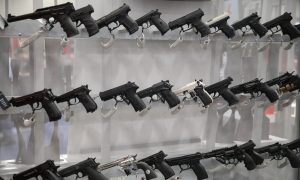 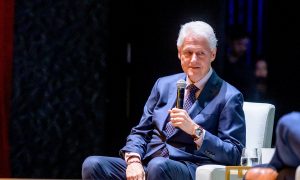 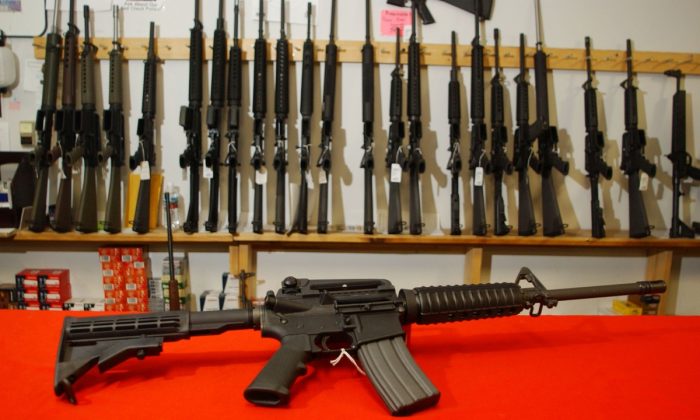 A Colt AR-15 on the counter of a gun store in a file photograph. (Thomas Cooper/Getty Images)
US News

Virginia lawmakers on Feb. 11 passed legislation that would would redefine “assault firearms” and ban their sale and transfer in the U.S. state.

The vote on H.B. 961 was passed by a narrow margin of 51-48, The Wall Street Journal reported. It will now go to the Senate, where a more stringent version of the proposed law was withdrawn earlier in the session.

House Bill 961 expands the definition of an assault weapon and bans anyone from purchasing or selling certain semi-automatic firearms, including AR-15 style rifles.

The legislation also makes it a Class 6 felony to import, sell, transfer, manufacture, purchase, possess, or transport “large-capacity firearm magazines, silencers, and trigger activators, all defined in the bill.”

It also forbids anyone in certain Virginia localities from carrying a shotgun with a “magazine that will hold more than seven rounds of the longest ammunition.”

If the bill is passed by the Senate, it would be a Class 6 felony from July 1, however anyone in possession of a large-capacity firearm magazine, silencer, or trigger activator has until Jan. 1, 2021 to render them inoperable, remove the weapon from Virginia, transfer it to a person outside of Virginia who is not prohibited from possessing it, or surrender it to the police.

Class 6 felonies in Virginia are punishable by one to five years in jail or up to 12 months in jail and a fine of $2,500, according to Criminal Defense Lawyer.

However, the bill states that any individual who legally owns an assault firearm on this date may retain possession of it if they “obtain a permit from the Department of State Police to possess an assault firearm in accordance with procedures established in the bill.”

“This legislation, just like other bills passed by the House this year, is intended to make Virginians safer every day,” House Democrats said in a statement after the vote.

“VA House Dems will continue to listen to the voters’ mandate from November to support gun violence prevention efforts,” they added.

Supporters say the proposed legislation is a response to mass shootings. Seven other states already have laws prohibiting assault-style weapons, including New York and California.