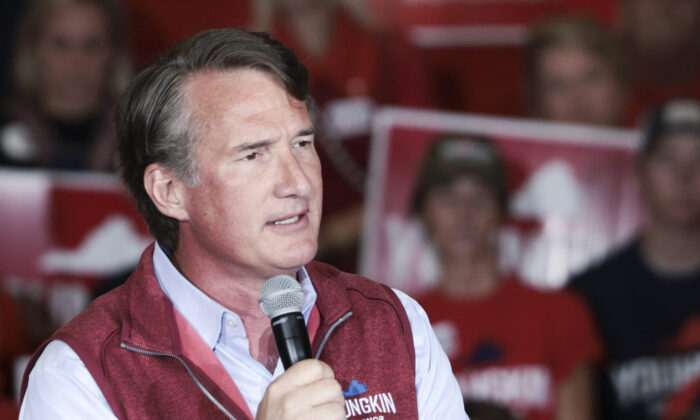 Home to some of the nation’s highest-achieving schools, Virginia during last month’s gubernatorial election saw suburban voters in key districts swing towards Youngkin, a Republican running on a platform in favor of parental rights in education. Meanwhile, Youngkin’s opponent, former Democratic Gov. Terry McAuliffe, lost his bid for a second term amid widespread criticism after saying parents shouldn’t tell schools what to teach.

In a statement announcing the Cabinet secretary, Youngkin praised Guidera as a “nationally recognized leader” advocating for “innovation and choice, data-driven reform, and high standards.”

“Aimee will be a critical partner in restoring expectations of excellence; overseeing a record education budget to invest in teachers, facilities and special education; rolling out innovation lab and charter schools; and standing for a curriculum that prepares Virginia’s children for a dynamic future and removes politics from the classroom,” said Youngkin, who will take office on Jan. 15, 2022.

Guidera is the the founder and CEO of the Data Quality Campaign, a non-profit organization that promotes data literacy among educators and education policy makers. She previously served as the director of the Washington D.C. office of the National Center for Educational Achievement and worked on education policy at the National Governors Association.

Speaking at last month’s Republican Governors Association annual meeting in Phoenix, Arizona, Youngkin said his focus on parents’ concerns about education played a key role in winning Virginia by a margin of 2.1 percentage points, or about 67,000 votes out of nearly 3.3 million ballots cast.

“The polls kept telling us that education was the seventh or eighth or ninth most important issue,” Youngkin said, reported the Associated Press. “Let me tell you, it is the top issue right now, and Republicans across the country can own this topic.”

Prior to the Nov. 2 election, Youngkin promised that he would ban critical race theory from Virginia classrooms “on day one” as governor.

“What we know is [critical race theory] teaches children to see everything through a lens of race and then to divide them into buckets and have children that are called privileged and others that are victims, and it’s just wrong,” Youngkin said during an Oct. 31 interview with Fox News. “And it, in fact, forces our kids to compete against one another and steals their dreams.”

“In the immortal words of Dr. Martin Luther King, Jr., we’re called to judge one another based on the content of our character and not the color of our skin,” he continued. “That’s why there’s no place for critical race theory in our school system, and why, on day one, I’m going to ban it.”