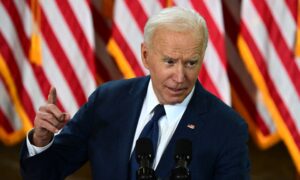 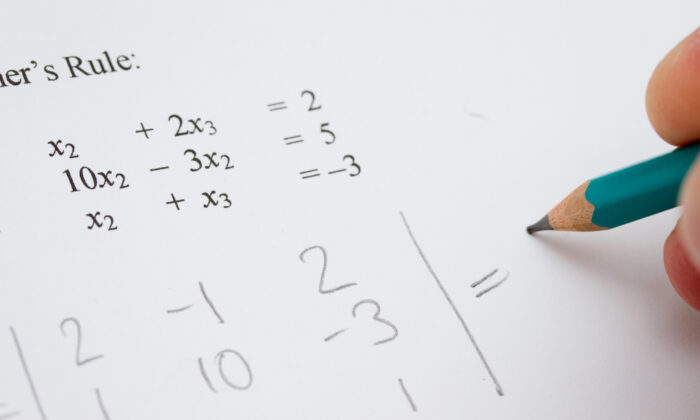 The state of Virginia, which used to be reliably red and mostly conservative, is providing more evidence of an increasingly blue and liberal hue.

Virginia is “considering” renovating its math courses. As the publication Virginia Mercury noted, “In webinars (Virginia Department of Education) officials have been upfront that the initiative is based on data, especially standardized test scores that show Black, Hispanic and low-income students have lower pass rates on state math assessments than White and Asian students. Those critical of the initiative have argued that Virginia is lowering its standards in favor of certain students instead of improving instruction to help more children reach advanced courses.”

Initial reports, fueled by one county official, had this as a done deal, but that the state is even thinking about recommending such changes is indicative of where we are as a country. Instead of elevating students to standards that would help them achieve more in life, we lower those standards, sending a message that underachievement is OK.

If Virginia follows through on these math proposals—and officials deny a final decision has been made—it will add to America’s decline in essential subjects. It would be another example of the soft bigotry of low expectations.

According to a National Center for Education Statistics (NAEP) report in 2019, math and science scores for fourth- and eighth-graders have dropped since 2017.”

Peggy Carr, associate commissioner of NAEP, is quoted in a US News story: “Over the past decade, there has been no progress in either mathematics or reading performance, and the lowest performing students are doing worse.”

A study published in Contemporary Educational Psychology by Teachers College Professor Stephen Peverly and former TC students Zheng Zhou of St. John’s University and Tao Xin of Beijing Normal University (and reprinted in a Columbia University teachers publication) “suggests that Asian teachers simply know more about math. In a comparison of 162 third-grade mathematics teachers in the US and the People’s Republic of China, the researchers found that while American teachers were more knowledgeable about general educational theories and classroom skills, Chinese teachers had stronger knowledge of the subject matter they were teaching, as well as a better understanding of the overall elementary curriculum that their students had covered and would cover in later years.”

While Americans are dumbing-down, the Chinese are smartening-up.

The study adds, “For the past 20 years, studies of math achievement have shown that Chinese (and other East Asian) children consistently outperform their American counterparts in almost every area.”

Like “income inequality,” there are those who believe “equity” means everyone should make the same and in the case of math, be equally stupid.

I was a terrible math student. My father was good at math. He would explain a problem to me and I sometimes would still not get it. He loved and was good at golf. I didn’t and wasn’t. He was not a natural public speaker. I am. He was not that good a writer. I will leave the judgment on my ability to readers.

Everyone has different skill sets. Students with math skills ought to be encouraged as some might end up in the space program or other areas that benefit humankind. Those with fewer skills can be helped.

Promoting equal outcomes in math and other subjects can only advance mediocrity, of which we have quite enough.

When I was in school achievers were praised and rewarded. There were honor rolls and at graduation a valedictorian and salutatorian. Those are mostly gone, apparently because of “equity.” What we encourage we will get more of and what we discourage we will get less of.

If Virginia follows through on its math restructuring proposal, it will likely increase the exodus many are taking from public schools into home and private schools where their children can get a real education, assuming more politicians will allow them a choice.