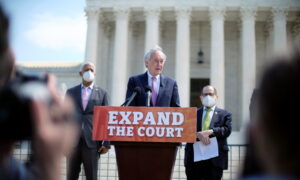 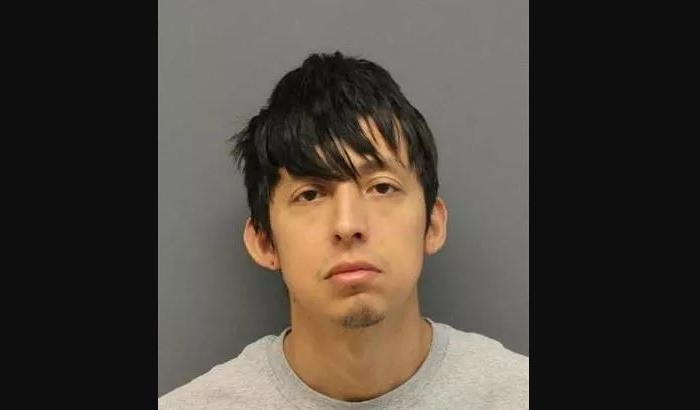 Franklin Freddy Meave Vazquez, 27, was charged with murder in September 2018, after being released on bond in April despite charges of abduction and assault against him. The booking photo is unddated. (Newport News Police Department)
US News

A Virginia couple said that their daughter was tricked into marrying an illegal immigrant from Mexico who has been charged with murder.

Shelby and Lindsay McDannold told Fox News that their daughter, 20, met Franklin Vazquez, 27, in May 2017 through mutual friends and that the pair got married in June 2017.

Shelby McDannold said he was concerned that his daughter got married so quickly after meeting Vazquez.

“I asked her, ‘Is this guy even legal?’” he said. But his daughter told him Vazquez was a U.S. citizen.

But later on, the couple found out that their new son-in-law was an illegal immigrant, and that he’d used an expired Social Security number to get the marriage license. They weren’t fully aware of his situation until they read reports last month following Vazquez being accused of murder.

They said their daughter didn’t know he was in the country illegally until after she married him.

The parents claim that Vazquez often made threats against his wife and her parents and that he was addicted to opioids and heroin. Shelby McDannold said that his daughter separated from Vazquez in March after he was arrested on charges of abduction by force and intimidation. The Boston Globe reported, citing an incident report from Newport News police, that Vazquez allegedly abducted and assaulted his wife.

He had also been arrested in November 2015 on multiple drug felony charges.

JUST IN: This is our first look at Franklin Freddy Meave Vazquez, the Mexican national arrested for murder aboard a fishing vessel off the coast of Nantucket https://t.co/oCjCtyS0on pic.twitter.com/eszEWDuBUr

Vazquez is charged with the murder of on crew member and attempted murder of another aboard the Captain Billy Haver, a fishing vessel, on Sept. 23 approximately 55 miles off the coast of Massachusetts, the Department of Justice said in a press release.

Vazquez allegedly wielded a knife in one hand a hammer in another and assaulted crew members before climbing up the mast of the ship as others onboard tried to capture him. The captain of the ship placed a distress call, to which the Germain cruise ship, the Mein Schiff 6, responded and took two of the wounded on board. One of them was pronounced dead by the ship’s doctor.

Documents filed in court state that Vazquez is an illegal alien and will be subject to deportation upon completion of any sentence imposed, the maximum of which is life in prison. The alleged murder came after Vazquez was released on bond in March despite objections from Immigration and Customs Enforcement.

The Justice Department’s Executive Office for Immigration Review confirmed to Fox News that Judge Roxanne Hladylowycz presided over the bond proceeding and that the decision spoke for itself.

Addressing the situation, Lindsay McDannold, mother of Vazquez’s wife, told Fox News, “The government is more concerned with protecting illegal immigrants than it is about protecting its own citizens.”

“If the system had worked, I wouldn’t be dealing with this because my daughter would’ve never met him and someone would still be alive today,” she added.