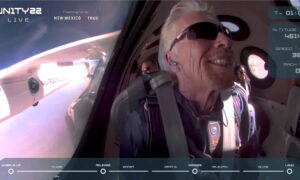 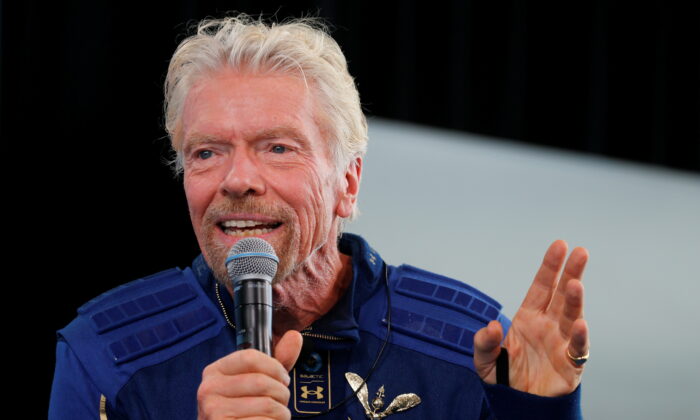 Billionaire entrepreneur Richard Branson wears his astronaut's wings at a news conference, after flying with a crew in Virgin Galactic's passenger rocket plane VSS Unity to the edge of space at Spaceport America near Truth or Consequences, N.M., on July 11, 2021. (Joe Skipper/Reuters)
Companies

Shares of Virgin Galactic Holdings Inc fell more than 3 percent on Friday after its founder and British billionaire Richard Branson sold a portion of his stake for nearly $300 million.

Branson sold more than 10 million shares between Aug. 10 and 12, according to a regulatory filing from late Thursday.

The move comes a month after the space tourism company completed its first fully crewed test flight into space with Branson on board.

The latest share sale leaves Branson with about 46.3 million shares worth roughly $1.2 billion as of the stock’s last closing price. He had in April sold stock worth over $150 million.

Branson’s Virgin Investments is one of the biggest shareholders of the space tourism company and has a stake of about 22 percent as of June, according to Refinitiv data.

The company’s shares were last down at $25.09 in premarket trade on Friday.