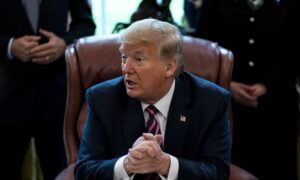 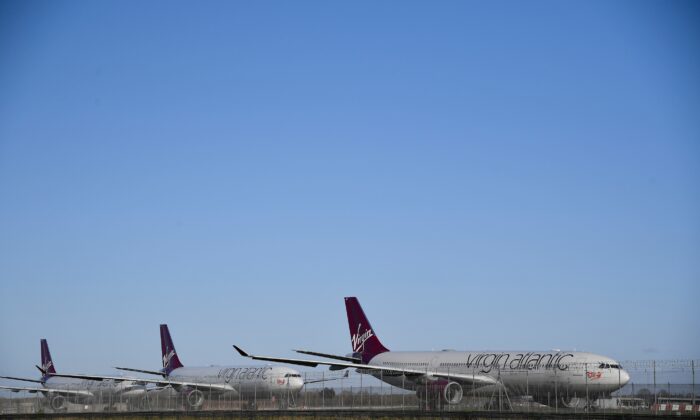 LONDON—British airline Virgin Atlantic plans to cut 3,150 jobs and move its London Gatwick operations to the bigger Heathrow airport, it said on May 5, as it counts the cost of the COVID-19 pandemic.

The spread of the CCP virus has virtually brought airports around the globe to a standstill, leaving airlines taking drastic steps to make savings.

The redundancy plans at Virgin Atlantic, which follow a similar announcement from British Airways last week, intensified calls from unions and opposition politicians for support from the government for the aviation sector.

“We have weathered many storms since our first flight 36 years ago, but none has been as devastating as COVID-19,” Virgin Atlantic Chief Executive Shai Weiss said in a statement. “Now is the time for further action to reduce our costs, preserve cash, and to protect as many jobs as possible,”

“It is crucial that we return to profitability in 2021. This will mean taking steps to reshape and resize Virgin Atlantic in line with demand.”

The airline said it would move its flying program at Gatwick to the city’s bigger Heathrow airport, but intended to keep its slots at Gatwick to allow it to return if customer demand rebounded.

British Airways has also suspended operations at Gatwick and has told pilots there is no certainty over when those services might return.

Norwegian Air, which flies transatlantic routes from Gatwick, is preparing to relaunch in a scaled-down version when the CCP virus crisis subsides after reaching a rescue deal with shareholders.

“We have grave concerns about the impact on Gatwick airport and the local economy following this latest blow,” said Diana Holland, assistant general secretary of the Unite trade union.

A spokesman for Gatwick airport was not immediately available to comment.

British Airways said last week it could cut as many as 12,000 jobs, over a quarter of its total, as a result of the impact of the CCP virus, with many countries advising against or restricting travel in a bid to halt its spread.

Those restrictions have resulted in a collapse in airline traffic. On Tuesday, Ireland’s Ryanair posted a 99.6 percent plunge in passenger numbers in April, while smaller low-cost carrier Wizz Air said numbers dropped 97.6 percent.

Virgin Atlantic said it continued to explore all available options to get extra funding through talks with the government and other stakeholders.

Unite, the British Airline Pilots Association (BALPA), and the opposition Labor party all reiterated calls for government support for the aviation sector.

“The Government is failing workers by not stepping in and protecting these jobs,” Labor transport spokesman Jim McMahon said.

The government says it is providing support through tax breaks, furloughing salary schemes, and offering loans, and Unite said Virgin’s consultations on redundancies were premature as the firm was not using the government’s job retention program.

By Alistair Smout, Epoch Times staff contributed to this report