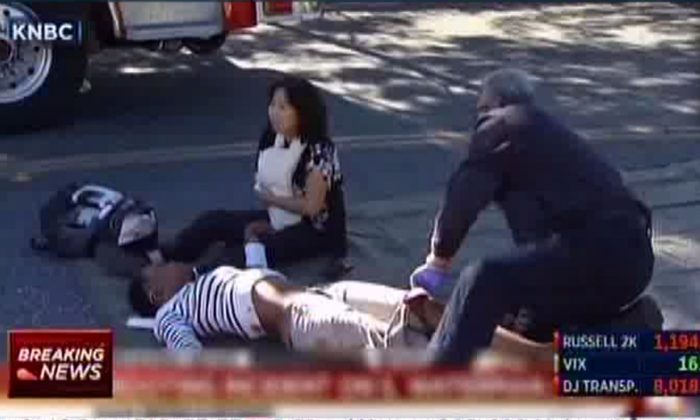 Shortly after dozens of people were shot at the Inland Regional Center, a police officer made his way to where people were hiding and told them he’d lead them to safety.

The workers were cowering inside the center in San Bernardino, CA where 14 people were killed and 21 others wounded by a Muslim couple on December 2.

The officer, who has not been identified yet, was captured on video by one of the employees, Gabi Flores, as he reassured them he’d do whatever it took to protect them on the way out.

“I’ll take a bullet before you do–that’s for damn sure,” he said.

At that point, the location of the shooters was unclear and the danger that the group would be assaulted was very much prsent.

The officer urges people to follow him and says, “Try to relax, try to relax.”

He also told them to keep their hands up.

Some of the group appear to be struggling to maintain composure while others exchange words in hushed tones.