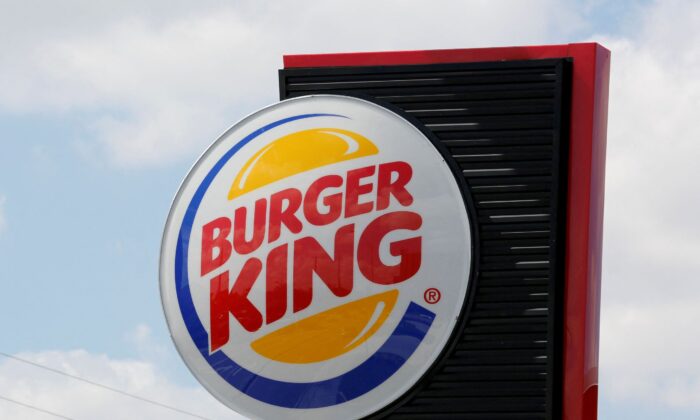 Burger King Employee Who Got Modest Gift Bag for Never Missing Work in 27 Years Gets $345,000 on GoFundMe

A viral video of a Burger King employee expressing appreciation for a modest gift bag he got from colleagues on his 27th work anniversary sparked an outpouring of generosity online, with more than $345,000 in donations—and counting.

Kevin Ford, who spent nearly three decades working as a cook at the Burger King restaurant at Las Vegas McCarren International Airport, was given a goodie bag with a movie ticket, some candy, a coffee cup, a lanyard, and two pens to mark his work anniversary.

Ford posted a video on social media—which has since gone viral—that featured him showing off the gifts and saying thanks.

“I feel appreciated,” he said in the video. “I’ve worked here for 27 years and I’ve never missed not one day of work, never called out, and I want you to know it’s good to feel appreciated.”

As the video racked up views and reactions, Ford’s daughter, Seryna Ford, created a page on GoFundMe with an initial goal of $200 to help with travel costs so that her father could visit family in New York.

“In no way are we asking for money or is he expecting any money but if anyone feels like blessing him, he would love to visit his grandchildren,” she wrote on the campaign page, titled “Kevin 27 years.”

She explained that her father started working at the Burger King when he was a single father raising two daughters.

“Then, as our family grew and he remarried, he continued to work there because of the amazing health insurance that was provided through this employer,” she said.

“This got all four of his daughters through high school and college with full health care coverage.

“My dad continues to work there, because though he does look young, he is coming up on retirement age and leaving would cost him his retirement.”

Her request was met with an extraordinary response. Donations quickly blew past the initial campaign aim of $200. As of press time, the campaign had raised nearly $346,000.

Ford was interviewed on NewsNation when the campaign rose to about $75,000. The interviewer asked what his reaction was when colleagues presented him with the goodie bag.

“I’m just thankful I got that,” he told the outlet. “There are people working hard out there and they didn’t get anything.”

As buzz grew around Ford’s story and his heartwarming attitude, his wish to visit his grandchildren came true when he was flown to New York City for a television interview. Live on-air, he was reunited with grandchildren he hadn’t seen for four years.

“My dad gave me the world,” said his daughter, who was interviewed alongside Ford. She said she didn’t have high hopes when she first launched the campaign, hoping for a few hundred dollars to help Ford cover the cost of a plane ticket to New York.

Ford later took to social media to post a video thanking donors for their generosity. He also recounted how, while in New York City, he lost his wallet. After about an hour, someone who found it contacted him in order to return it, Ford said.

“Nobody can tell me anything bad about the human spirit. You guys are wonderful,” he said. “It’s so beautiful and awesome.”