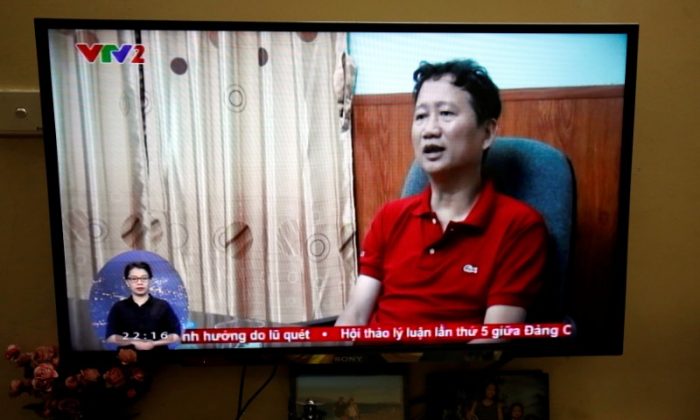 BERLIN—A Vietnamese man has admitted that he helped his country’s secret services to kidnap a former oil executive in broad daylight from a Berlin street and smuggle him back to Vietnam, where the businessman has been jailed for life for corruption.

The confession to a German court appears to be the first time anyone involved has officially acknowledged that the Vietnamese authorities were behind the Cold War-style abduction last year which angered Berlin.

The man, identified as Long N.H., is on trial for taking part in secret service activity and helping to abduct Trinh Xuan Thanh, a former executive at a unit of state oil company PetroVietnam, with a female companion in July last year.

As part of a deal, Long N.H. gave a statement to the Berlin court, said a spokeswoman on Wednesday.

“In the confession, he stated that he knew about the kidnapping and had taken part in it and that he had worked for Vietnamese intelligence services,” the spokeswoman said, declining to give further details.

This means if he is convicted, he could face a jail sentence of between three-and-a-half years and five years, compared with up to seven-and-a-half years if he had not made the confession and deal, said the spokeswoman.

A verdict is expected in the coming weeks.

Vietnam’s foreign ministry did not immediately respond to a request for a comment.

Prosecutors say Long N.H., who also has Czech citizenship, rented two vehicles, one to observe the victims and the other to use in the kidnapping. Long N.H. is accused of later driving both vehicles back to Prague where he had hired them.

The case of Thanh, a former high flyer accused of causing losses and mismanagement at PetroVietnam Construction JSC, was part of a government anti-corruption drive. That has involved more than 100 people, many from state-owned enterprises being prosecuted, jailed and in some cases given death sentences.

He had been seeking asylum in Germany and his disappearance caused Germany to accuse Vietnam of breaching international law.

During the Cold War, East German agents kidnapped a number of people on the streets of what was then West Berlin.