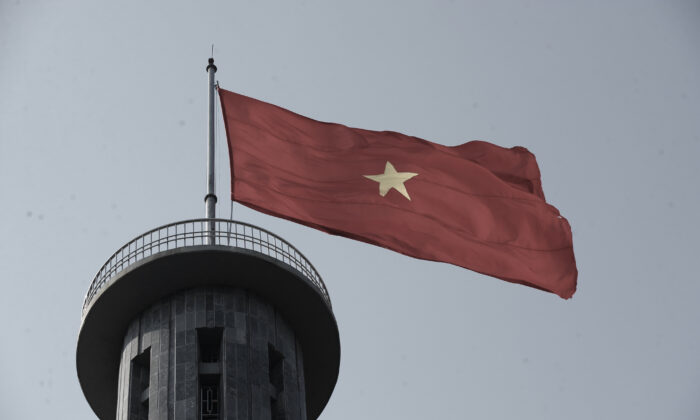 Vietnam’s authorities are investigating a gaming streamer who allegedly made derogatory comments about state leaders during a live broadcast on social media.

Nguyen Thi Thanh Loan, who goes by the name “Milona” on social media, was live streaming herself playing the game League of Legends when she said that state leaders are bald-headed because they watch adult movies.

“Perhaps as they don’t do a damned thing but watch 18+ movies at home all day, state presidents all go bald,” she said.

“Their [expletive] heads only have a few hairs left, right? Because they don’t do any [expletive] things but stay at home to watch 18+ movies.”

The Cybersecurity Department said that it has launched a probe to locate Milona, VOA reported. Her comments are also being reviewed by the Hanoi Department of Information and Communications.

Milona has over 250,000 followers on Facebook. While she did not specify which state leaders she was referring to, her remarks drew backlash from state media, which labeled her action as insults to Vietnam’s “high-ranking leaders.”

Local news agency Kinhle Dolhi said the streamer’s actions should be “condemned and severely punished” to serve as an example to other social media users.

Lack of Freedom of Expression

Freedom of expression and civil society activism is “tightly restricted” in the communist-controlled country, according to the Freedom House, which ranked Vietnam as “not free” in its 2022 Freedom in the World report.

The U.S.-based organization said that Vietnam has further restricted internet freedom by introducing a draft law in July that would restrict live streaming and launching a national code of conduct for social media users.

“The authorities have increasingly cracked down on citizens’ use of social media and the internet to voice dissent and share uncensored information,” the report stated.

In April, Vietnamese reporter Nguyen Hoai Nam was sentenced to three-and-a-half years in prison for “abusing democratic freedoms” through social media posts. He pleaded not guilty and demanded further investigation into his case.

Vietnamese independent journalist Le Van Dung was sentenced to five years in prison on March 23 after being charged with conducting propaganda against the communist regime through social media posts, though he refused to regard them as illegal acts.

The U.N. High Commissioner for Human Rights (OHCHR) had urged Vietnam’s regime to repeal all legal provisions that violate fundamental freedoms and called for the release of jailed activists.