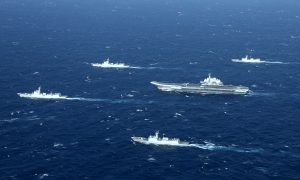 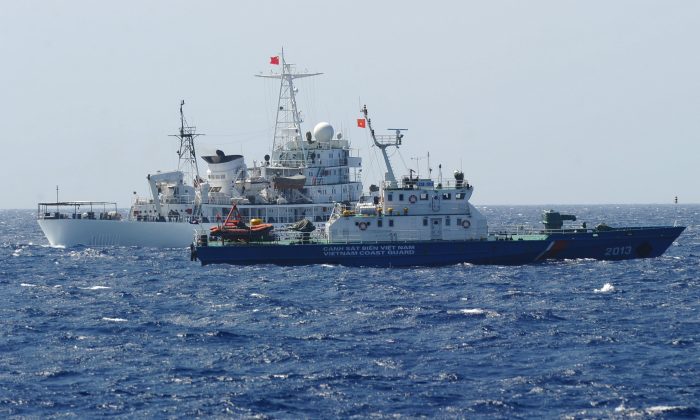 A Chinese coast guard ship (back) sailing next to a Vietnamese coast guard vessel (front), near China's oil drilling rig in disputed waters in the South China Sea, on May 14, 2014. (Hoang Dinh Nam/AFP/Getty Images)
Asia & Pacific

Late on Wednesday, Reuters reported that the Haiyang Dizhi 8 vessel, operated by the China Geological Survey, had headed away from Vietnam’s Exclusive Economic Zone (EEZ).

Vietnamese authorities would continue to monitor the location of Chinese vessels in the area, Hang added.

Since early July, Vietnamese ships had been closely tracking Chinese vessels operating in the EEZ, the latest confrontation in waters that are a potential global flashpoint as the United States challenges China’s sweeping maritime claims.

Vietnam has accused Chinese survey vessel Haiyang Dizhi 8 and its escorts of conducting illegal activities in Vietnam’s exclusive economic zone and continental shelf and demanded that China remove all of the ships.

The South China Sea is a vital route for ships carrying more than $3 trillion in trade every year. The Philippines, Malaysia, Taiwan and Brunei also have overlapping claims to parts of it.