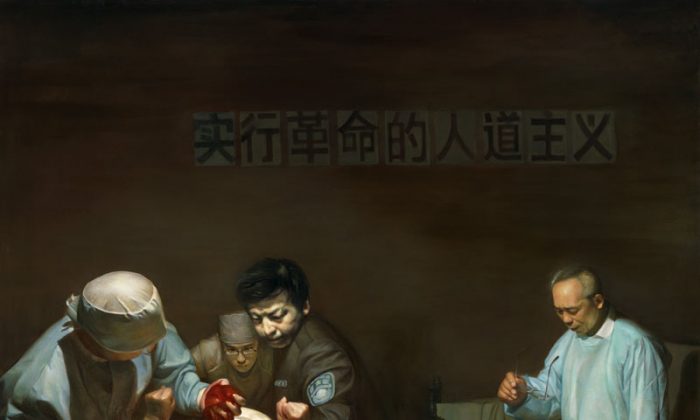 The city of Vienna became the first European capital to echo a European Parliament resolution which censures the Chinese regime for its organ harvesting crimes recently.

The Vienna Provincial Parliament “condemns the systematic, state-sanctioned organ harvesting from prisoners in the People’s Republic of China,” read the resolution, which was unanimously passed on April 7.

The Chinese regime had carried out organ harvesting “without consent and affects large numbers of Falun Gong adherents and members of politically persecuted, religious, and ethnic minorities,” the resolution continued.

The resolution also called on the Austrian federal government to see that the “misuse of organ transplants in China is publicly discussed and condemned”; for an international commission be set up to investigate the Chinese regime’s organ harvesting activity; and for the international community to demand the immediate release of nonviolent political prisoners.

The European Parliament issued a similar resolution on Dec. 11, 2013.

“The decisions of the European Parliament on organ donation and organic trade are largely unknown not only in the population but also in political circles,” Faika El-Nagashi, the human rights speaker for Vienna’s Green Party, told The Epoch Times. “That is why we said: Please act.”

El-Nagashi said that the resolution, which was introduced by the Green Party, the Austrian People’s Party, and the Social Democratic Party of Austria, had taken half a year to prepare, and was intentionally broadly worded so that all parties could get behind it.

She added that the Vienna resolution could inspire the Austrian federal government, which is about to hold fresh elections, to put condemning the Chinese regime’s organ crimes on its agenda.

Allegations that the Chinese Communist Party was harvesting organs from practitioners of Falun Gong, a traditional Chinese spiritual discipline that has been the target of a brutal persecution campaign since 1999, first surfaced in 2006.

David Kilgour, a former Canadian member of parliament, and David Matas, a Canadian human rights lawyer, found the allegations to be accurate after conducting an independent inquiry. Their conclusion has been continually dismissed by the Chinese regime.

Kilgour and Matas published their findings in a 2006 report, “Bloody Harvest: The Killing of Falun Gong for Their Organs.” In 2014, American investigative journalist Ethan Gutmann published his own findings in the book “The Slaughter: Mass Killings, Organ Harvesting, and China’s Secret Solution to Its Dissident Problem.”

Kilgour, Matas, and Gutmann issued an update to their respective works on organ harvesting in China in 2016. The latest report estimates that the Chinese regime had carried out between 60,000 to 100,000 organ transplantations annually between 2000 to 2015, and that organs harvested from prisoners of conscience—Falun Gong, Uyghurs, Tibetans, and house Christians—form the bulk of these transplantations.

Documentaries about organ harvesting have won numerous accolades and awards. Most notably, the 2014 film “Human Harvest: China’s Illegal Organ Trade” picked up a Peabody, the most prestigious award for broadcast and electronic media.