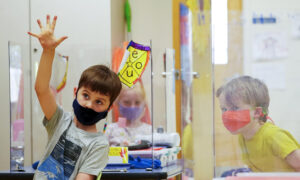 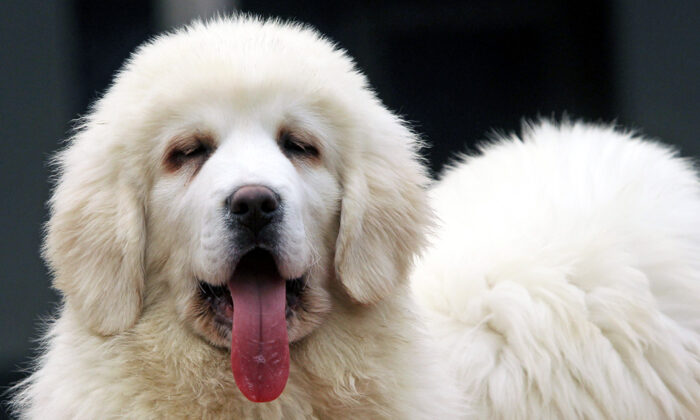 A Tibetan mastiff at Yutong International Sports Centre in Shijiazhuang, China, on Feb. 16, 2011. (VCG/VCG via Getty Images)
US News

An Illinois pet store owner released a viral video of his own puppy feeling very guilty after having to answer for damaged footwear on Sept. 2.

Chicagoan Larry Wright was surprised by how guilty his lion headed Tibetan mastif behaved after he returned home from a concert to discover that his favorite leather sandal had been partially chewed. He confronted the pup about it.

“What happened, Tito. What is this?” Wright can be heard saying on the video he posted to his Green Pet Shop’s Facebook page. “Hey, I am talking to you. What is this, what did you do? Huh?”

The 18-month-old dog appears to hang his head in shame and does not even look up at Wright.

Wright expresses to Tito his discontent when Tito lies down on the floor and turns his head away from the shoe.

The pup blinks and seems visibly upset about the damaged sandal.

“Look clearly, I feel bad about the shoe situation,” the subtitles had Tito saying. “It’s your shoe and I ate it, does this seem repetitive to anybody else?”

Later, Wright’s son, Brian, invites Tito upstairs to where Wright is sitting after having calmed down. After a “walk of shame,” the pup arrived and joins Wright on the couch, where he comforts Tito and asks him to apologize for damaging the sandal.

Tito was still ashamed, trying to hide his head in between the couch pillows.

“He is burying his head in the couch,” Brian said. “It’s okay, say you are sorry.”

Tito’s display of guilt prompted Wright to believe he could be the nation’s guiltiest dog.

“Ladies and Gentleman, we give you the guiltiest dog in America,” Wright said on Facebook. “We still love you buddy, it is okay … we could not [stay mad.]”

Wright was so moved by Tito’s guilt that he felt sorry for the puppy.

“He could not have been more ashamed of his actions,” he said on YouTube. “After burying his head in the couch in shame, we, of course, felt bad for him, so showed him some love to pick his spirits back up.”

Wright told Tito all was forgiven.

“It’s okay, dude,” Wright said on the Facebook video. “He is so upset, it is okay pal.”

However, Tito warned them not to forget the incident so quickly.

“Wait til you see what I did in your room,” Tito’s subtitles said.