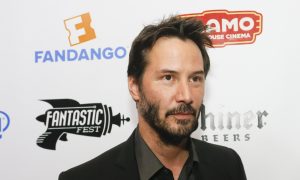 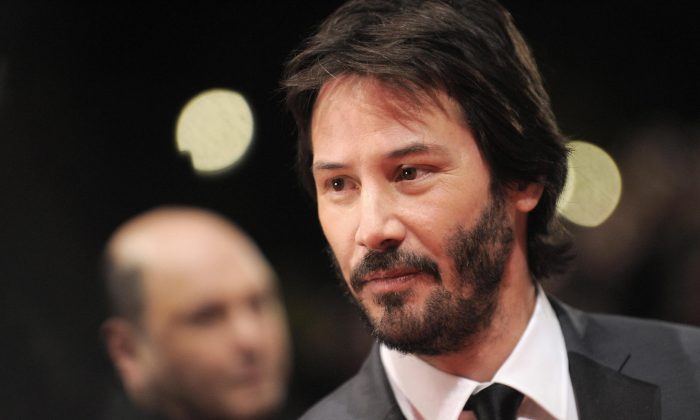 US actor Keanu Reeves poses for photographers on the red carpet ahead of the premiere of the film "The Private Lives of Pippa Lee" in Berlin, Feb. 9, 2009. (Axel Schmidt/AFP/Getty Images)
Entertainment News

The 54-year-old actor was on a United flight from San Francisco to Los Angeles when the plane made an emergency landing due to a “mechanical indication.”

After landing in Bakersfield, Reeves stepped up to help with the travel arrangements to get everyone to Los Angeles in the most efficient way possible.

He said that it was quicker to drive than to wait for three hours for baggage to get loaded on a plane before flying again.

A-One Taxi sent 10 vans to take all the passengers to Los Angeles, so only a handful of passengers were able to share a ride with Reeves.

Although the ride was supposed to be quicker, the traffic caused serious delays, according to Kern County Airports Director Mark Witsoe.

“So even after they landed they had issues,” Witsoe said, Bakersfield.com reported.

During the ride, Reeves went on his phone and read through some random facts about Bakersfield to everyone.

Reeves then proceeded to play the sounds of Bakersfield on his phone, a localized genre of country music between the 50s and 70s.

In another video, airport officials called on the owner of Blimpies at Bakersfield airport to open up even though they had closed for the day. They had opened up just for the stranded passengers since they were the only non-automated food service available, EW reported.

Fellow passengers had taken photos and videos of this rare ride-along.

Amir Blum, a co-creator and developer for a video game company, believed he had something in common with Reeves.

“That time when your flight out from #GDC almost crashes,” Blum said. “And you have to emergency land in a remote airport, but at least Keanu Reeves is having as bad a day as you are.”

Blum then admits Reeves may be having it worse than he is.

“I mean, near death experience followed by fans annoying you for pictures. Doesn’t get much worse,” he said.

I mean, near death experience followed by fans annoying you for pictures. Doesn’t get much worse.

keanu got stranded somewhere in california and had to take a bus instead of a plane and some guy filmed the entire experience and i am BEGGING yall to watch this pic.twitter.com/I1TmLOEYiK

According to Witsoe, the United jet that carried Reeves and the other 53 crew and passengers is still parked at Meadows Field undergoing repairs that haven’t been specified, Bakersfield.com reported.