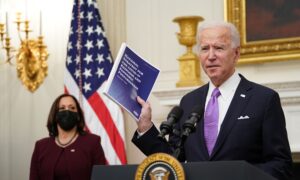 President Trump announced that he has opened a new office, something that he calls the “Office of the Former President.”

Forty-five senators voted against having an impeachment trial because they believe that impeaching President Trump after he’s left office is unconstitutional.

A federal judge ruled in favor of Texas and issued a temporary restraining order against Joe Biden’s executive order. This means that deportations will resume—at least for the near future.

The Epoch Times has received leaked internal government documents from China which revealed that their military is growing its fleet of drones to spy on and to compete with The United States.